Excessive speed was a factor in a three-vehicle collision in Byron that sent two people to the hospital Thursday afternoon, Jan. 9, said an officer with the California Highway Patrol.

One of the two victims was flown to the John Muir Medical in Walnut Creek after East Contra Costa Fire Protection District firefighters used power tools to extricate him from the twisted wreckage of his black Nissan pickup. The second victim was a passenger in the Nissan, and was transported by ambulance, also to John Muir. 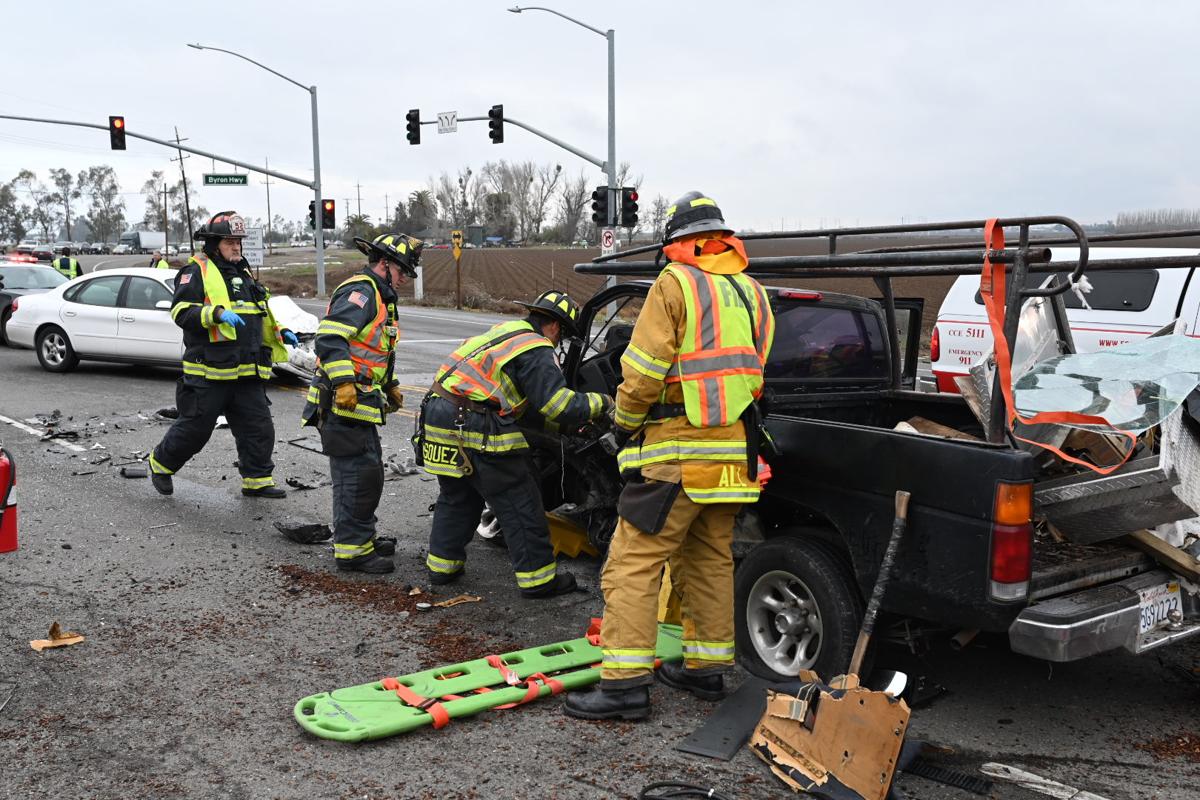 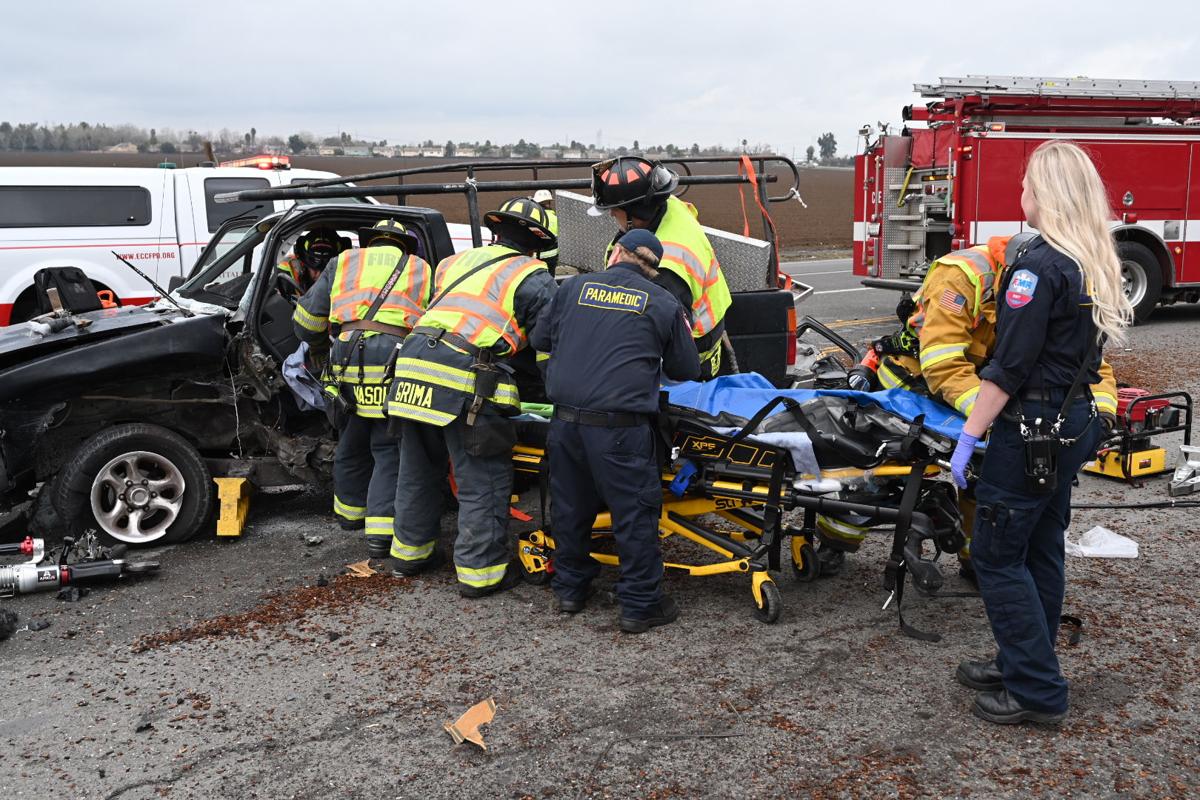 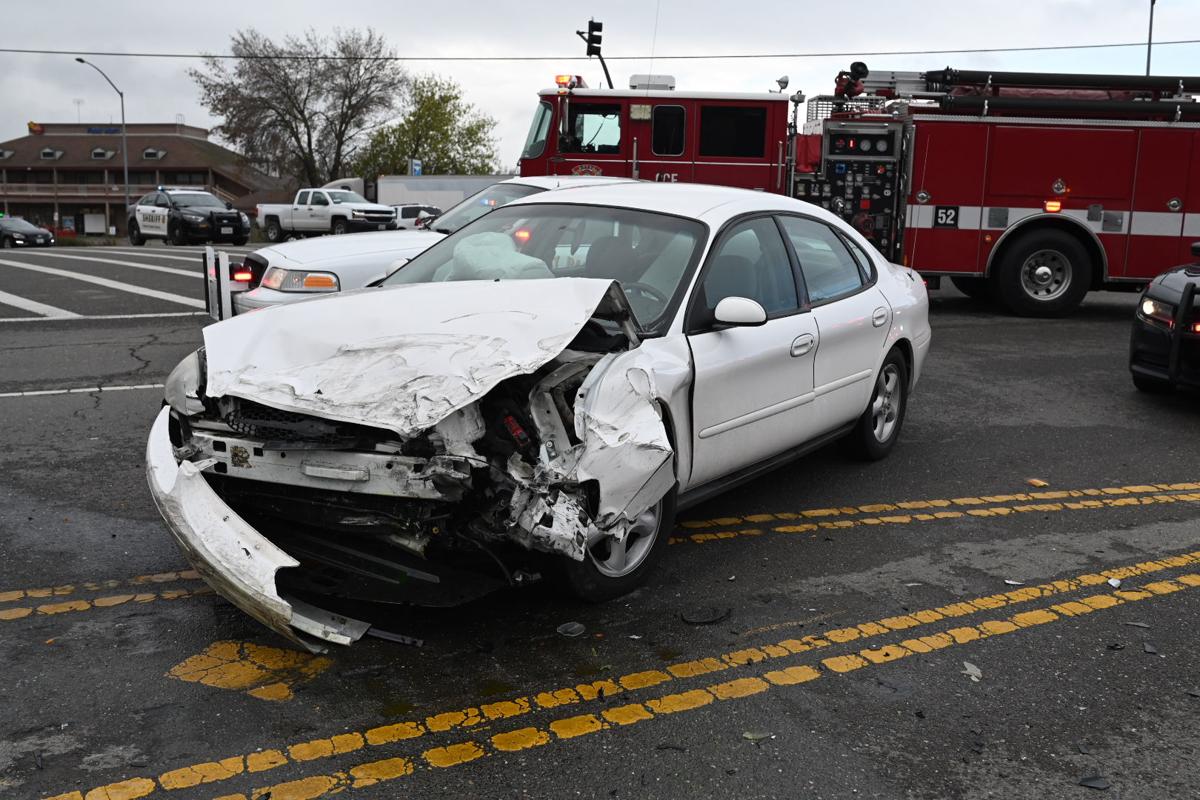 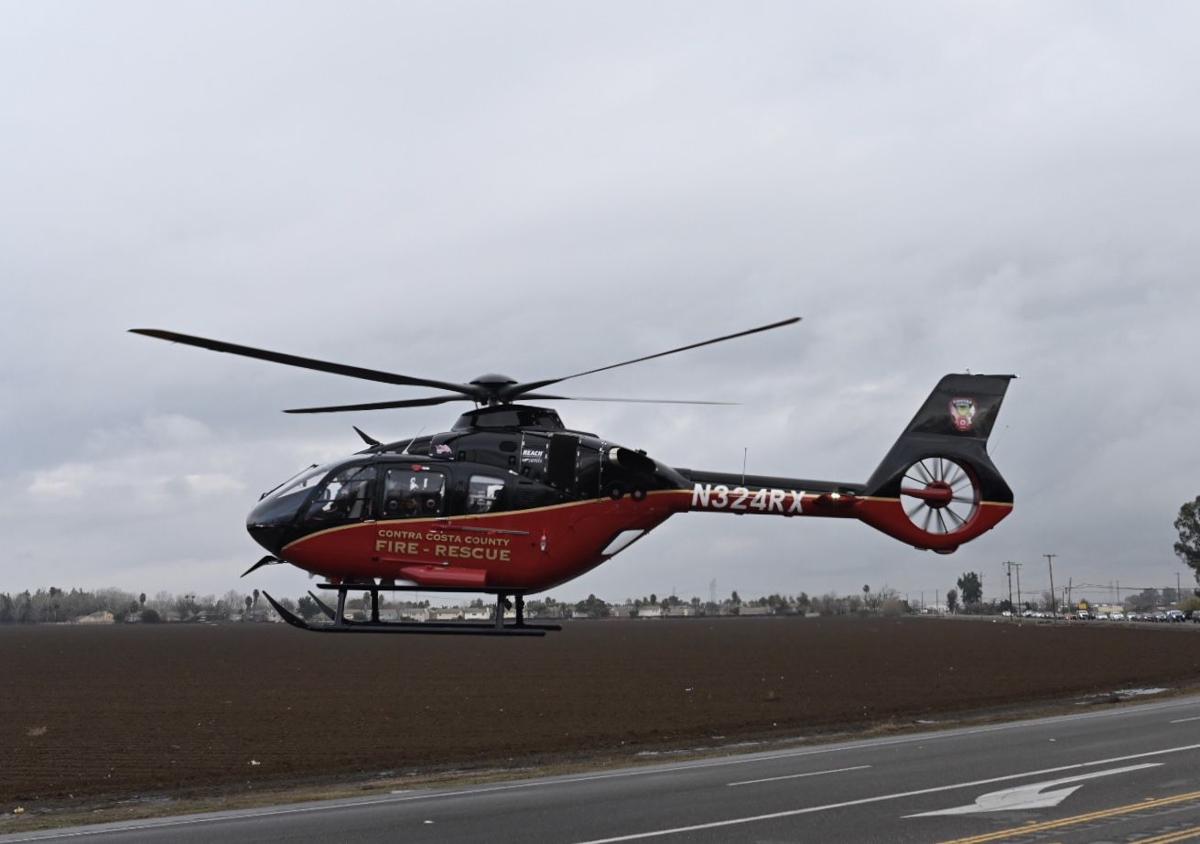 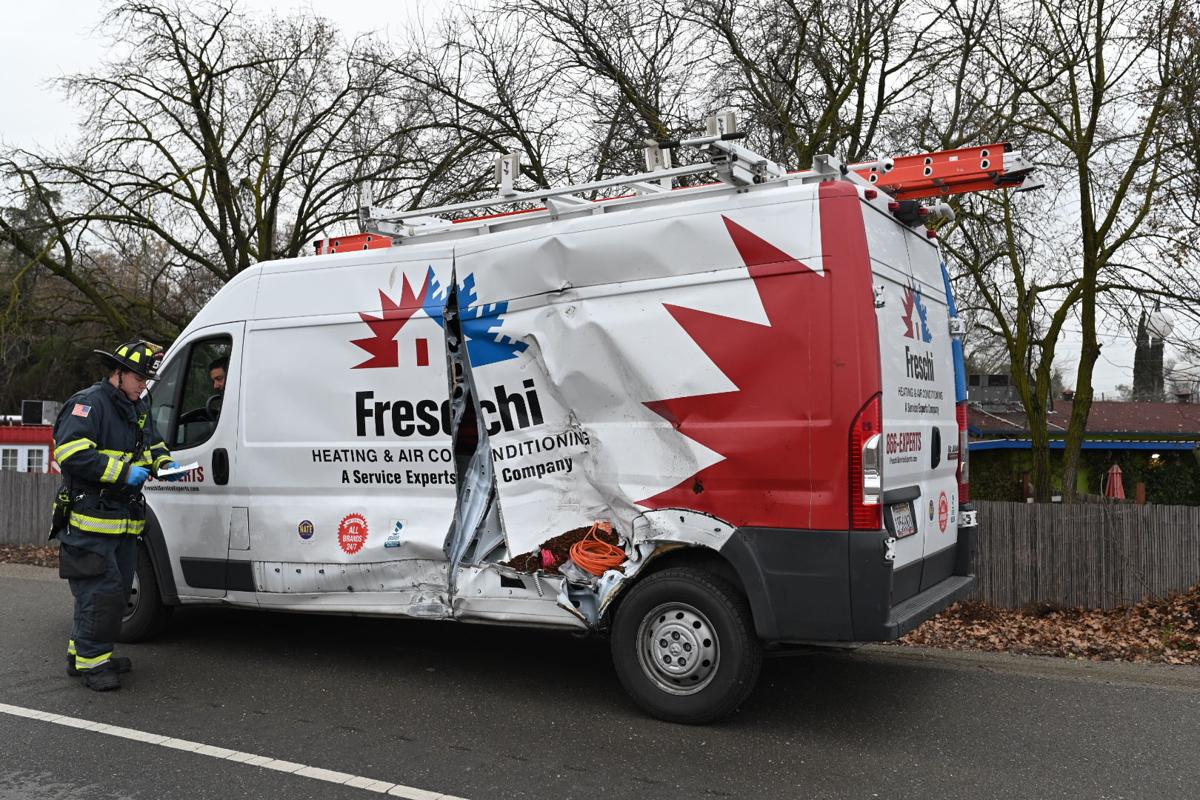 The accident occurred on State Highway 4 near the intersection of Byron Highway a few minutes after 2 p.m. CHP Officer Donnie Thomas said the driver of a white Ford Taurus was headed west, traveling at approximately 65 mph in a 55 mph zone. When the driver approached a red light at the intersection with the Byron Highway, he applied the brakes hard and lost control of the car. It crossed into oncoming traffic and struck the eastbound Nissan. As the Nissan started to spin, it struck a utility van.

The two occupants of the Ford and the driver of the van all declined medical attention.

Highway 4 was closed in both directions as a Contra Costa County Fire Protection District helicopter landed on the roadway to evacuate the injured driver. CHP is investigating the collision.