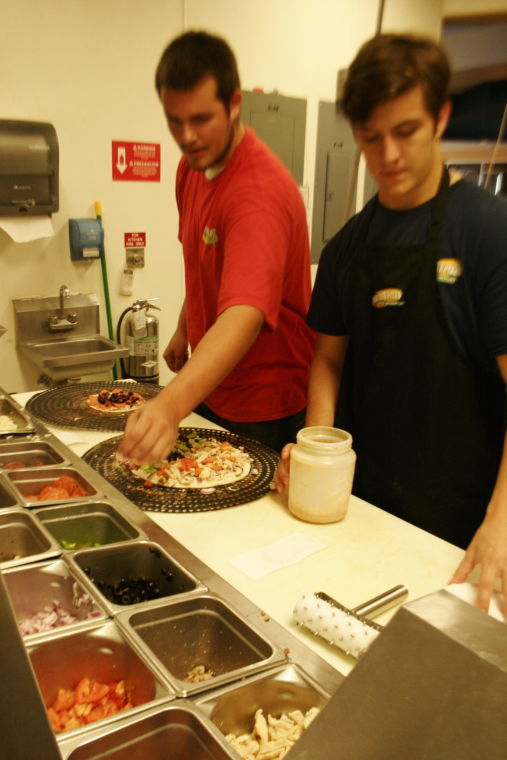 As teenagers, very few people are already working in the field they will eventually make into a career. In fact, there are some who still aren’t certain about their careers at the age of 30.

Sal Listek, the owner of Straw Hat Pizza in Brentwood, is one of the motivated and ambitious few who had a career plan prior to high school graduation.

At 16, Listek began bussing tables at the Straw Hat Pizza in Antioch, where he eventually transferred to the kitchen. After some time making the pizzas everyone enjoyed so much, he progressed up through the ranks, becoming a shift leader, then manager before being promoted to general manager of three restaurants in Pleasanton, Pittsburg and Antioch.

His drive did not go unnoticed by his boss George Caddell, who became Listek’s mentor in the business and eventually gave Listek the opportunity to buy a franchise.

“When I was working in the Antioch location, it had a real small-town feel and was a regular hangout for young adults,” Listek said. “When I opened the Brentwood location, I knew I wanted to bring that tradition here.”

Since it’s opening in 2004, Straw Hat Pizza has brought delicious and affordable pizza to the people Brentwood and the surrounding communities.

“This is one of our favorite places to bring the kids,” said Joslyn Fenyes, a Brentwood resident. “The kids love it. They have great pizza and the best salad bar in town, and it’s affordable. We’re a family with four children, so that’s really important for us.”

Under Listek’s management, the restaurant has also been a gold mine of philanthropic community involvement.

“We have sponsored many youth sports leagues, and every year we donate between 50 and 60 pizzas for the Relay for Life events in all of our locations,” said Listek. “We also host fundraising events for local organizations and for private parties like homeschool networks and families with overwhelming medical expenses.”

In November, Straw Hat Pizza will be hosting a fundraising event at the Brentwood location for Zia Ranch’s Therapeutic Horsemanship Program.

“The Therapeutic Horsemanship Program services individuals with physical, emotional, and psychological struggles,” said Debbie Ewing from Zia Ranch. “Our goal is to provide an opportunity for each student to thrive through increased personal improvement in the areas of balance, flexibility, endurance, strength-building, and most importantly, to positively influence aspects of their overall personal well-being.

“Sal Listek is an awesome person and has been incredibly supportive by making his restaurant available to us for our fundraiser.”

Part of the legacy of outreach Listek has built is the restaurant’s mobile pizza trailer, from which pizza is served in support of various community events.

“The pizza trailer is probably our greatest tool for engaging our community,” said Listek. “When we bring it out to events, we give back 15 percent to 20 percent of our sales to the organizations we’re supporting. By doing this, we are able to give back roughly $15,000 to $20,000 each year to the tremendous organizations in our community that do so much for the people here.

“Giving back to the community that supports you is the right thing to do,” he added.

For more information about hosting a fundraising event with Straw Hat Pizza, call 925-634-3664 or visit www.strawhatpizza.com.