TRENDING: Brentwood Budget  |  Back The Blue  |  Turkey Trot For Schools

Scott Cassell described the moment a drunk driver changed his life as a lightning strike – the words he muttered to first responders, the debris flying as the jaws of life peeled his van open to remove him and his son from the wreckage – all of it was wiped from his mind since that first impact.

His memory returned in the days after the Aug. 18 head-on collision, but what he knows now as he and his 14-year-old son, Bryce, recover from devastating trauma and attempt to relearn basic skills after breaking dozens of bones is that their new community has stepped up to help them in their time of need in unexpected ways. Having relocated to the Bay Area from Los Angeles only recently, the Cassells are being treated more like family than the newcomers they are. 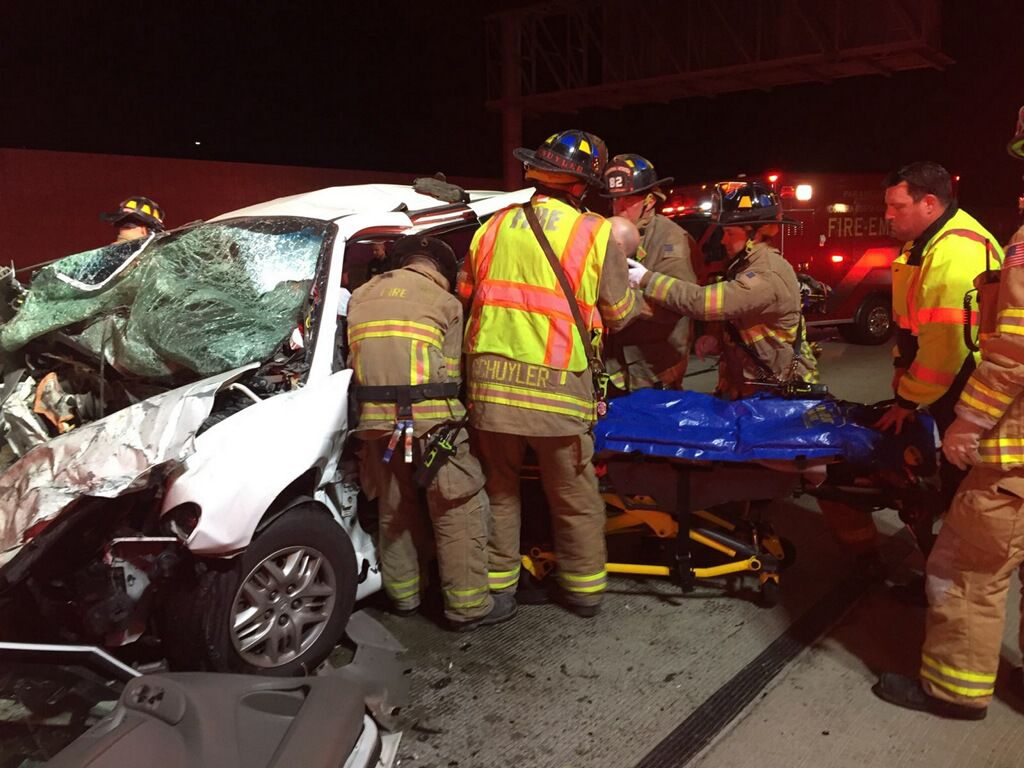 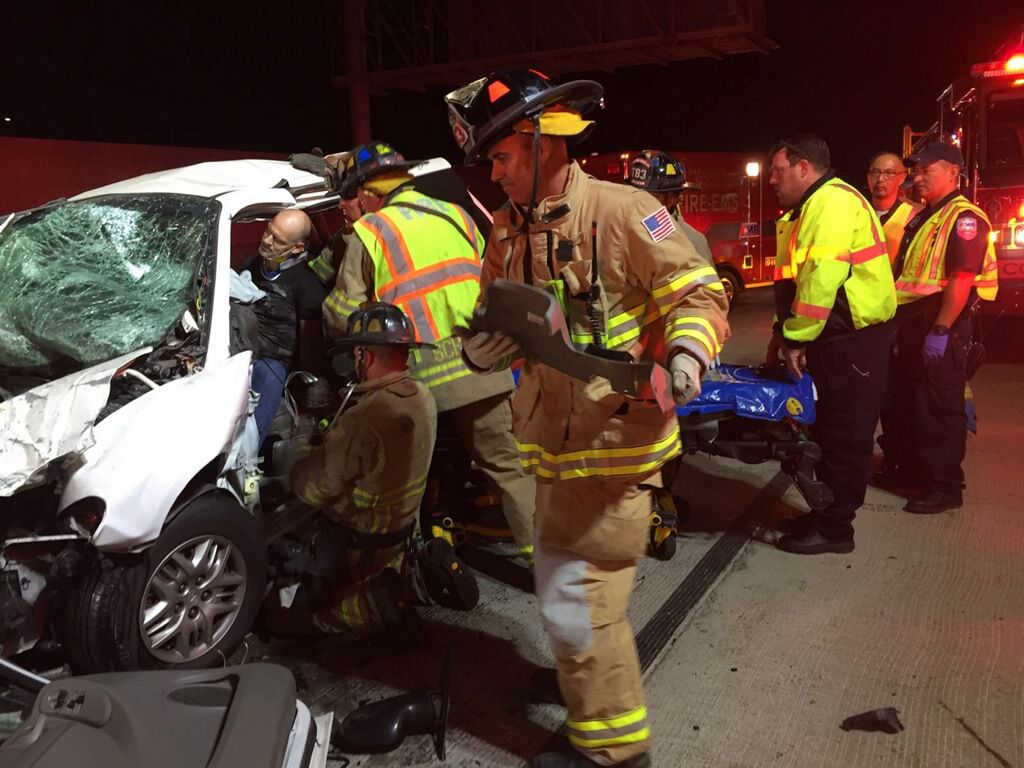 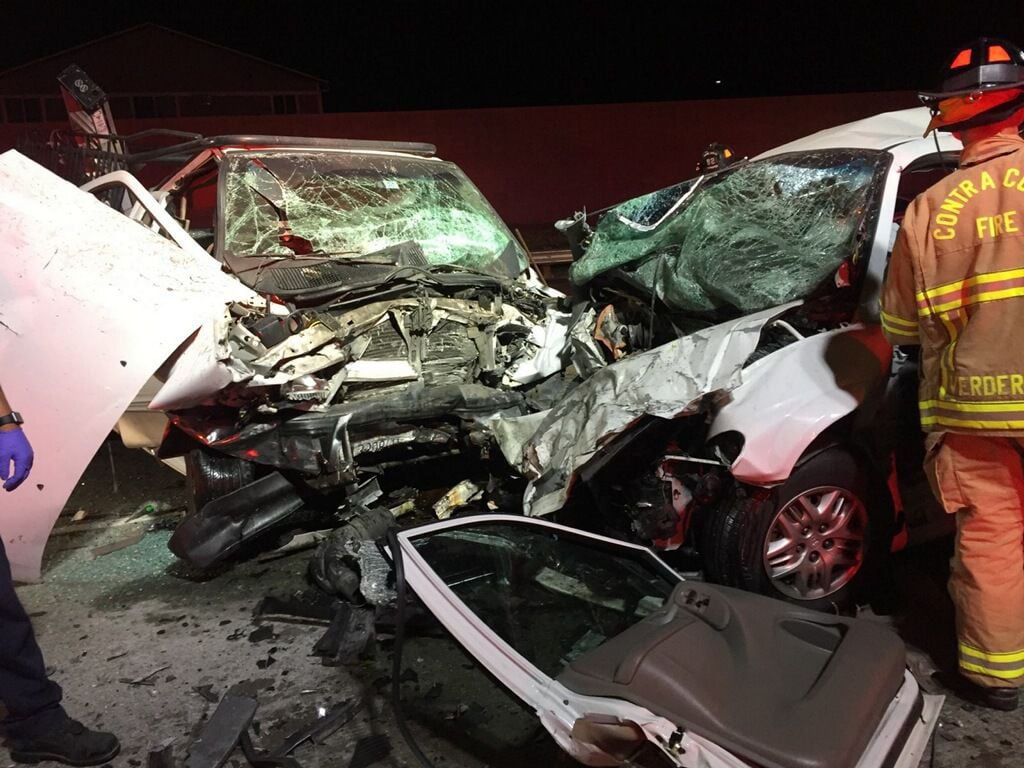 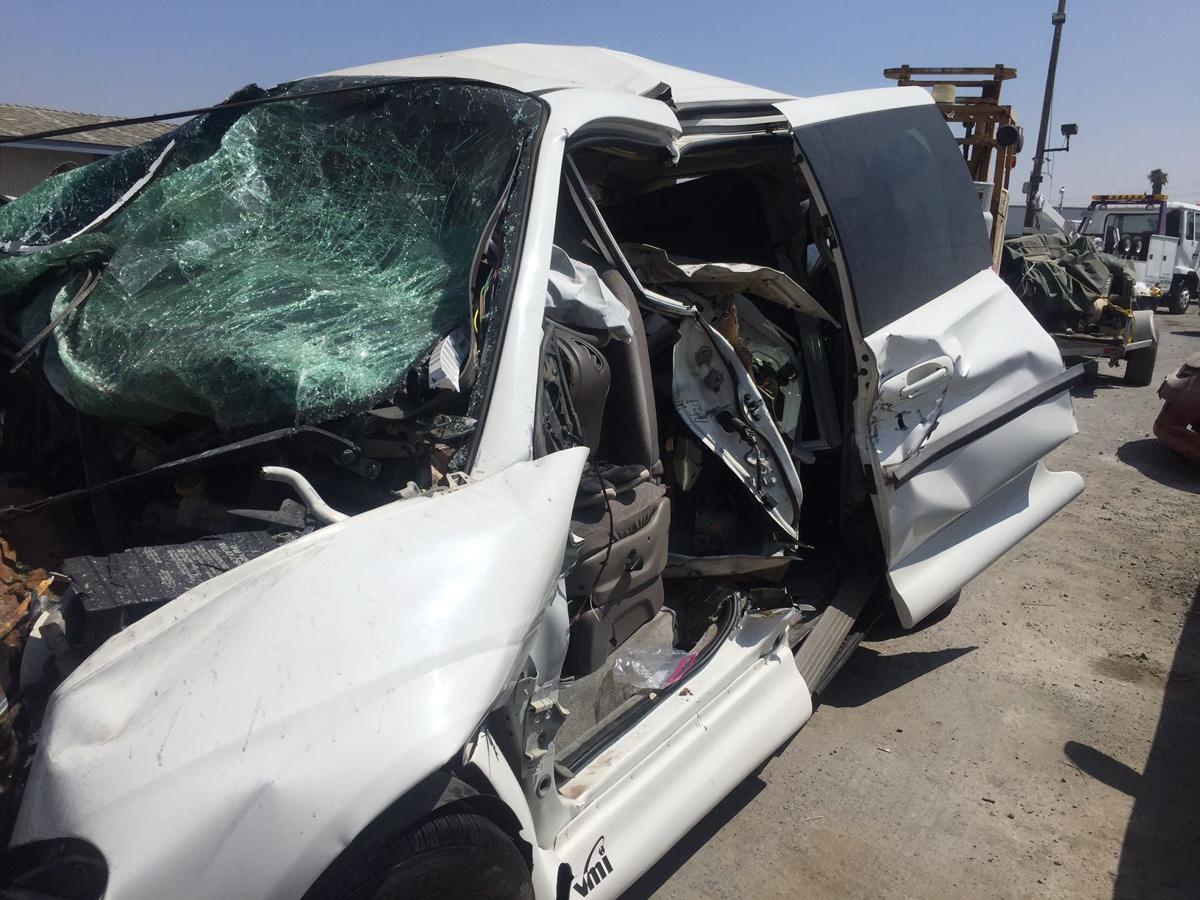 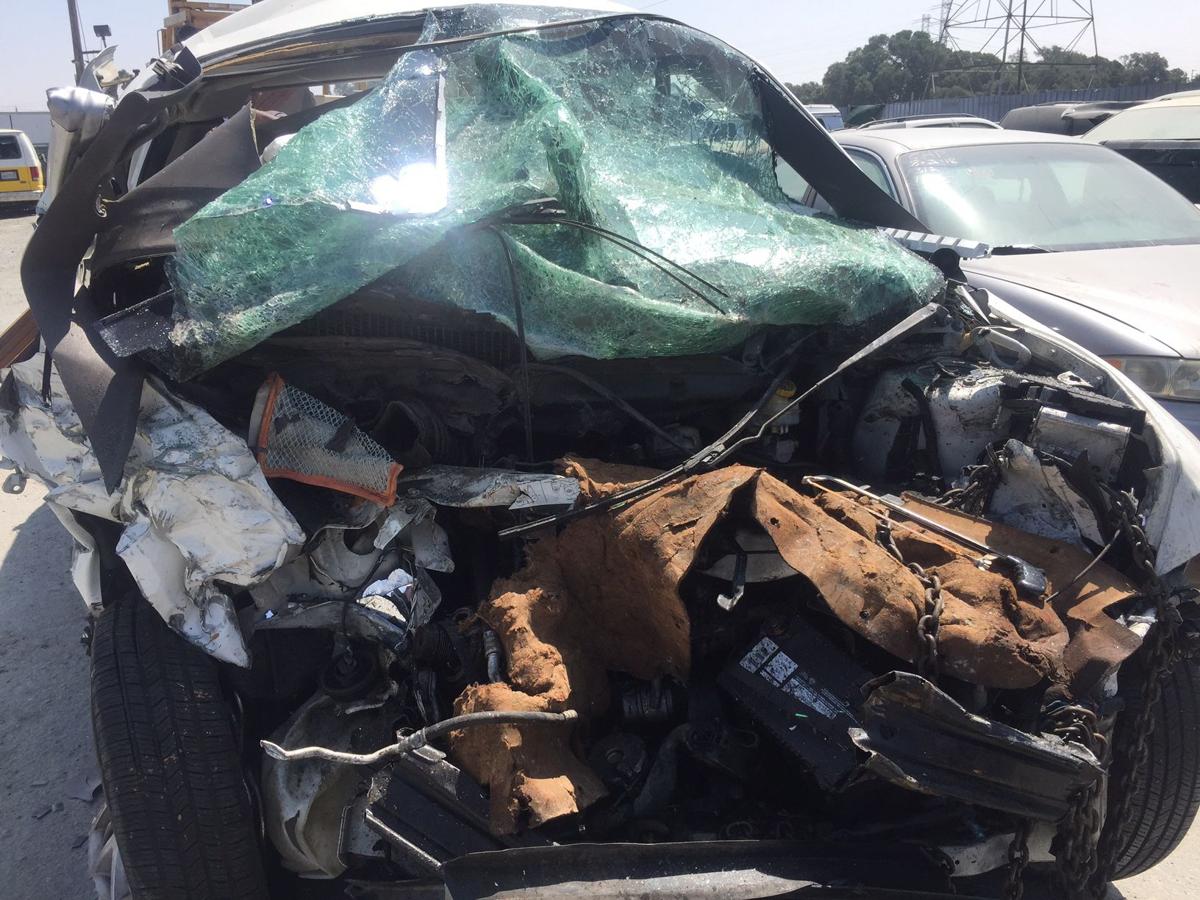 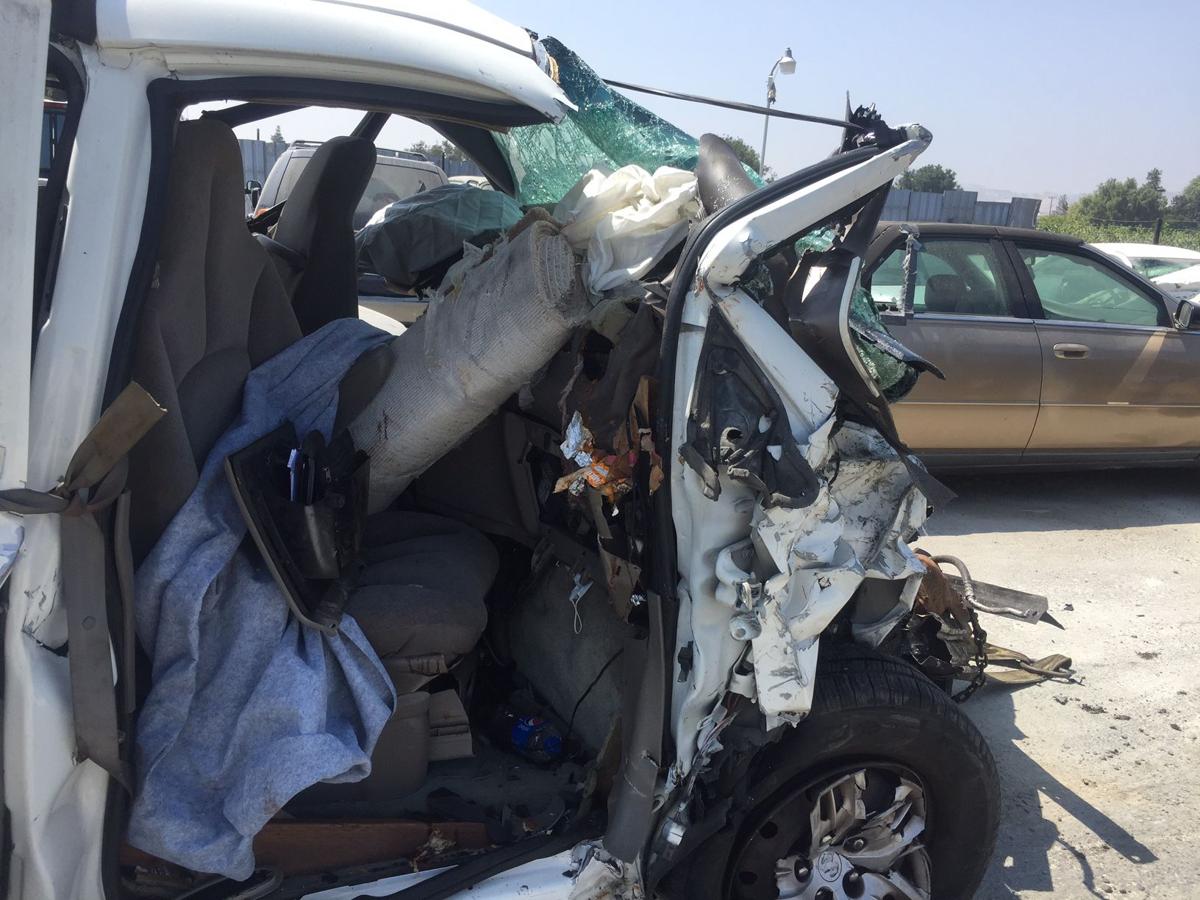 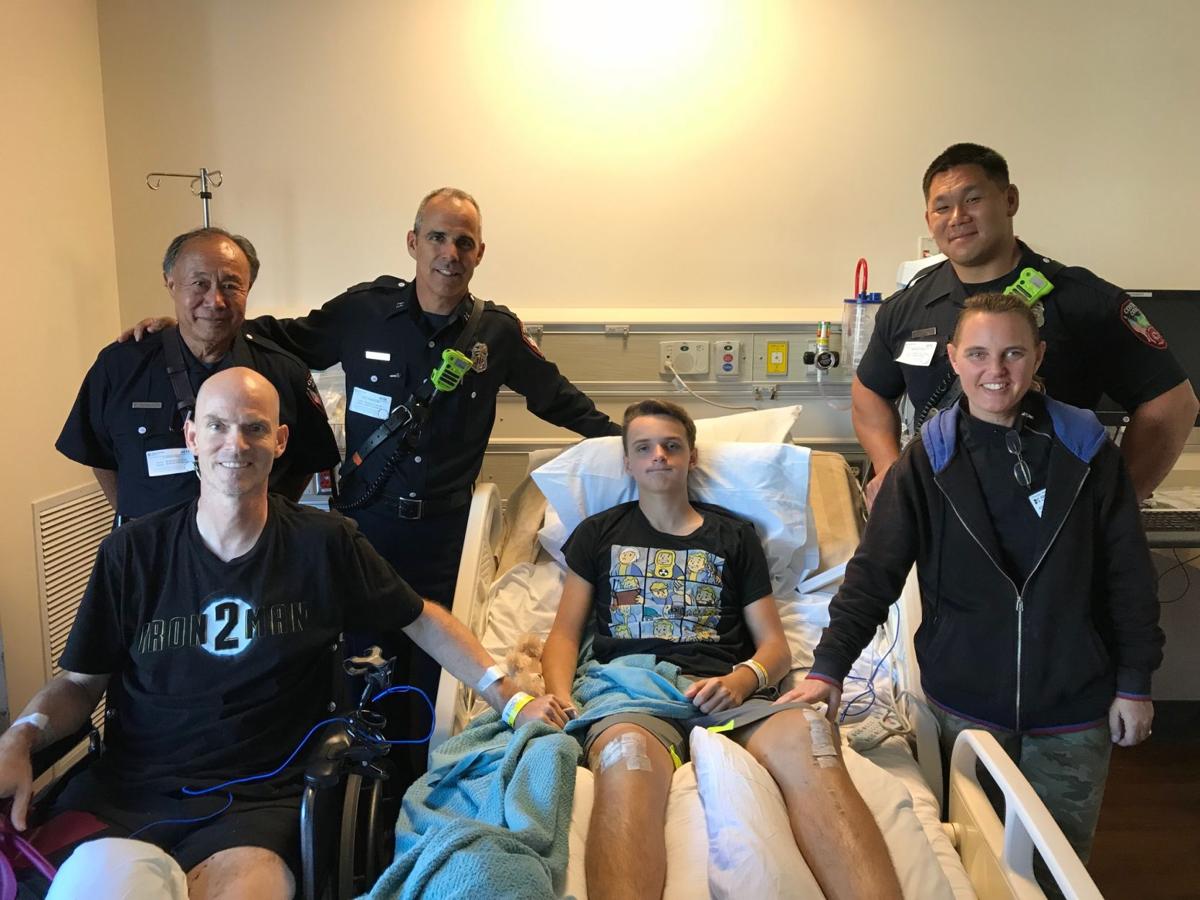 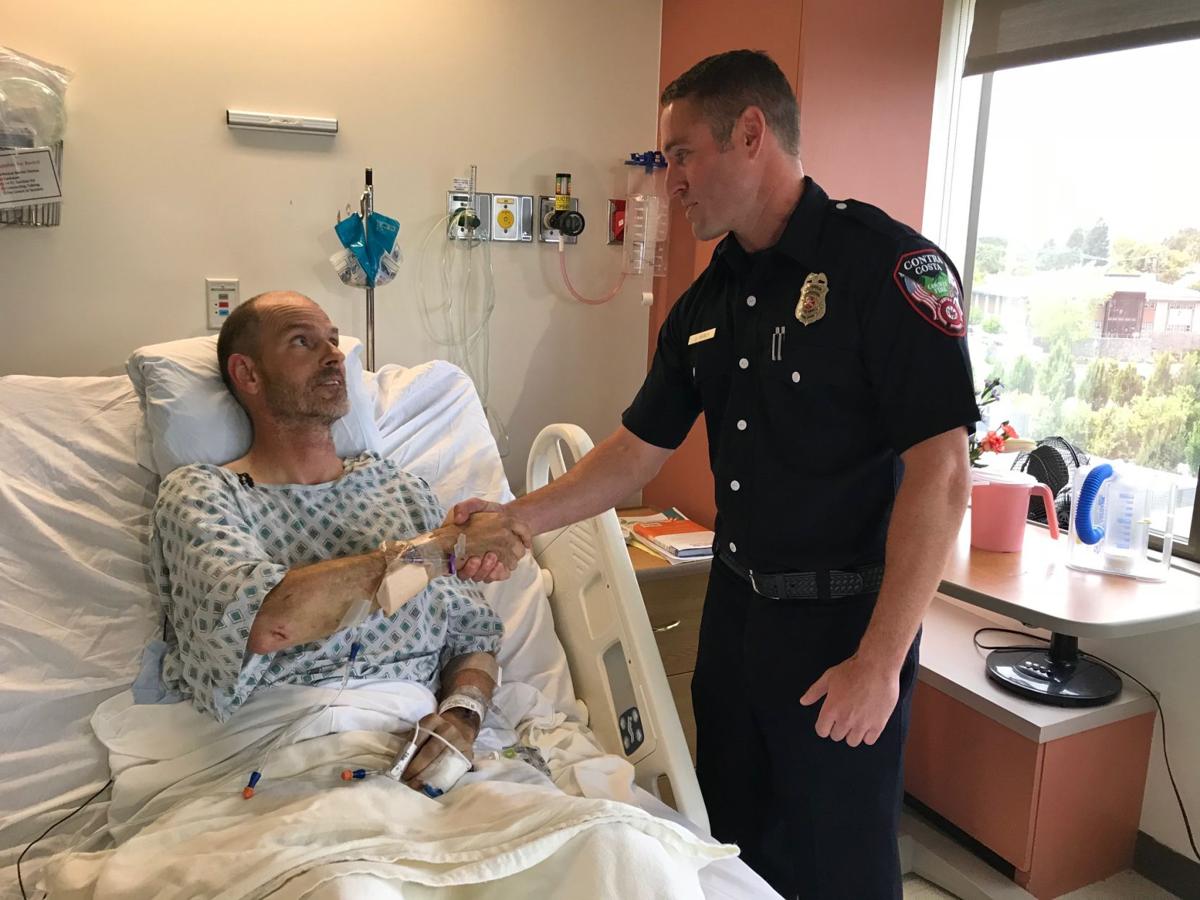 The effort began when Scott’s longtime friend and only contact in the area, Discovery Bay resident Ryan Peterson – along with his wife, Christina Peterson – learned of the accident and took charge of the Cassells’ other three children as Scott’s wife, Rebekah Cassell, stood vigil at the hospital.

“I took the kids for a couple of days and then needed to take them down to Stanford for the first weekend after the crash,” said Ryan. “They have two dogs and two cats, and I was worried that the dogs were going to bark all weekend. The neighbor – Christina Bell – happened to be standing outside, and I said, ‘Hey I’d like to give you permission to go into the backyard to either let the dogs out or my cell phone number so you can call me to come take care of them.’ But once I told her the story of what had happened, she was like A) I’ll take care of it, don’t worry about it, but B) what can I do to help?”

From there, things took off.

“I got back from that weekend, and she had left a note in the kitchen – she and the other neighbors had gone through, cleaned out all of the food that had gone bad and restocked everything,” Ryan said. “She’d set up a meal train with two months worth of food – all in a matter of the weekend – and there was about $100 or something in five dollar bills for the kids to grab if they needed money. At least 100 people have come out to help in some way.”

From installing storage racks and completing the office in the garage to constructing the wheelchair ramp needed in order for Scott and Bryce to be discharged from the hospital, strangers from Discovery Bay and Brentwood alike have contributed time, money, labor and even organized a benefit in their name.

“Monique Guerra, the owner of Crown and Crowe – put together a post and people were dropping off supplies, pet food and Monique donated overhead storage racks (to create the room for) wheelchair access,” Ryan said.

One significant helper, Juan Apodaca, was also one of the first on scene to help on the night of Aug. 18 and has since stayed connected. Apodaca was on his way home from work in San Francisco and stumbled upon the accident before any first responders had arrived. He pulled over and bounced from the son to the father, reminding them that help was on its way in between directing traffic around the wreckage. With a sister who was paralyzed from a crash years before, seeing the carnage of the crumpled vehicles hit home. Apodaca was able to connect with Ryan through Facebook and has helped complete projects around the Cassell home. He added that, in asking for advice on how to properly install carpet, Gabe Acompora, owner of Nor Cal Flooring, said he would volunteer to help as well.

“(Acompora) said, ‘Just give me the address and I’ll take care of it.’ My heart just really goes out to victims of accidents,” said Apodaca, a soon-to-be father of six who puts in 75 hours a week of work in San Francisco. “I wish I could do more – I can’t imagine if something happened to me, it would just devastate my family, so doing a little work in a garage is nothing for me to do for them.”

Going back to the night of the crash, Scott and Bryce were headed home from running errands to hardware stores in preparation for weekend projects. The Cassell family was trying to tackle the lengthy to-do list that comes with a move.

The father and son had just grabbed food from Taco Bell near Auto Center Way and were pulling onto the freeway entrance when a drunk driver in an F-150 truck, driving at freeway speed in the wrong direction with his lights off, hit their minivan head-on. While Scott’s memory of the actual incident was lost due to the three strokes he suffered, Bryce recalled the moment of realizing both of his femurs were broken while stuck inside the crushed metal with grisly detail.

Meanwhile at home and wondering where they were, Rebekah discovered what had happened by looking for the location of her family members’ iPhones via iFind.  That pointed her to John Muir Hospital in Walnut Creek and UCSF Children’s Hospital in Oakland. She rushed to Children’s and was told if she wasn’t present at the hospital, doctors would have to make decisions without her consent, at which point she moved in and left the care of their children (ages 9, 12 and 17) to the Petersons.

Bryce has since moved into a hospital room in the rehab center of John Muir one door down from his father. The two make light of their situation by FaceTiming each other to see who received the better breakfast or taunting one another to see who can recover more quickly. On Friday, Sept. 7, Scott was able to bear weight on one leg for the first time and Bryce was able to use crutches, but all joking aside, his father said watching him recover is bittersweet.

“The biggest loss that I have is every day that I watch him go through rehab and struggle to get better – it crushes, it crushes me,” Scott said, tearing up as he spoke. “It’s a conflict between being proud to see what he’s able to do and watching him suffer to get better. Every day I cry – and I don’t cry easily – because I watch him go through this. He’s 14 years old. And I have to remind myself he could have died, so this is fantastic, but it’s still a struggle. I’m stuck in this conflict of feeling horrible – feeling like I should be able to protect him from going through this.”

From firefighters and other first responders to community members, Scott said he planned to spend the next year after recovery thanking those who helped the Cassells in their time of need. And Rebekah’s strength as she walks alongside her husband and son through recovery is emboldened by their positive attitudes and knowing that their new home has welcomed them above and beyond the call of ordinary neighbors.

“There’s humor and there’s strength, and that humor has gotten (Scott and Bryce) through the worst of it,” said Rebekah. “Friends and family and neighbors – people we don’t even know – wanting to help is amazing.”

A GoFundMe page has been set up to help the Cassells with medical expenses. To donate, visit https://www.gofundme.com/cassell-family-emergency-relief.