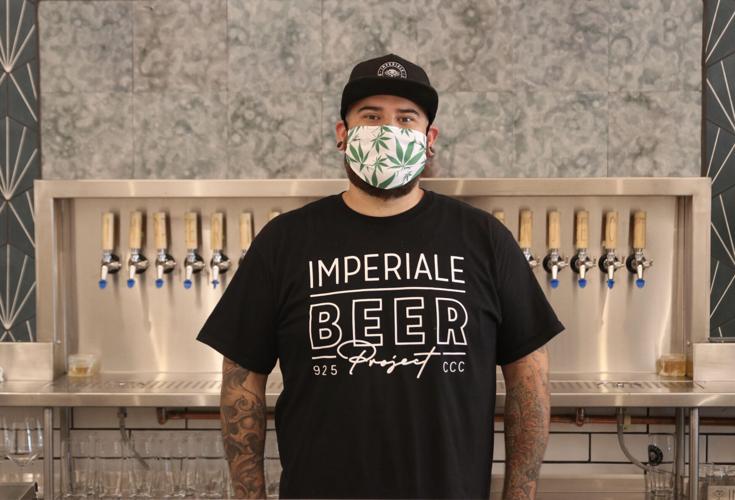 Brandon Feel, co-owner of the Imperiale Beer Project in Brentwood, has found a way to keep business alive during COVID-19 crisis. 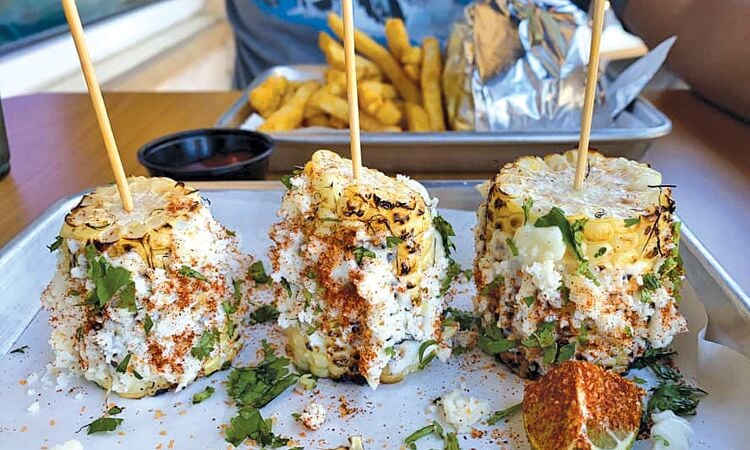 The Imperiale Beer Project in Brentwood combines classic pub fare with beer brewed on-site. Customers can dine in the outdoor patio or order takeout – including beer.

Brandon Feel, co-owner of the Imperiale Beer Project in Brentwood, has found a way to keep business alive during COVID-19 crisis.

The Imperiale Beer Project in Brentwood combines classic pub fare with beer brewed on-site. Customers can dine in the outdoor patio or order takeout – including beer.

With beer brewed on-site and a kitchen turning out fresh, locally sourced meals, Freel has a recipe for success.

“Everything is really good,” Freel said. “We have lucked out with our kitchen staff. We just hired out a crew, and they are killing it. We make everything in house fresh, so most days we wind up running out of stuff, but that’s OK – that’s why people keep coming back.”

Freel and his wife Jessica opened for business in April, a bold choice given shelter-in-place restrictions had shut down public dining. But the couple was not new to the restaurant game – they previously owned the Imperiale Beer Café in northern Brentwood. They did not brew their own beer while at this site and sold that business in anticipation of moving to their new location downtown.

Dan Torres is a longtime fan of the Freels’ food and beer and said it’s no surprise they have found success. Torres used to run the Brentwood Chamber of Commerce’s Craft Beer Festival and remembers when Freel won the homebrew contest before he had even opened his first location.

“It was a preface of things to come,” Torres said. “Brandon always talked about doing a brew bar, and it’s unique for the area and long overdue. The area is ripe for what they are doing now.”

Freel hasn’t always been a restaurateur. Before he entered the beer brewing game in 2015, he had built a career for himself in the automotive industry. Despite his passion for engines, Freel felt the time to make a change had come and jumped into beer feet first. After experiencing success with his first café location, he began to aim for a more central location. He began negotiations to move into his current spot in 2018 and began construction in 2019.

“When COVID happened, we had to change our model a little,” Freel admitted. “But we have a patio out front. We tried to do a menu that was classic pub fare and some favorites we know people would like, but we wanted to put a different spin on it.”

Freel said he and his kitchen staff focus on freshness and creativity. The community has taken notice. Brentwood resident Silvia Treichelt noted she and her family have been fans since the café.

“Love that they started brewing their own beers,” Treichelt said. “We’ve bought takeout throughout the summer. Can’t wait to be able to gather with friends at their place when all this is over. In the meantime, we’ll keep buying their great beers and bringing them home.”

Imperiale Beer Project is located at 609 First St., Suite B, in Brentwood. For more information, call 925-392-8376, visit https://www.imperialebeer.com/ or follow @imperialebeerproject on Instagram.