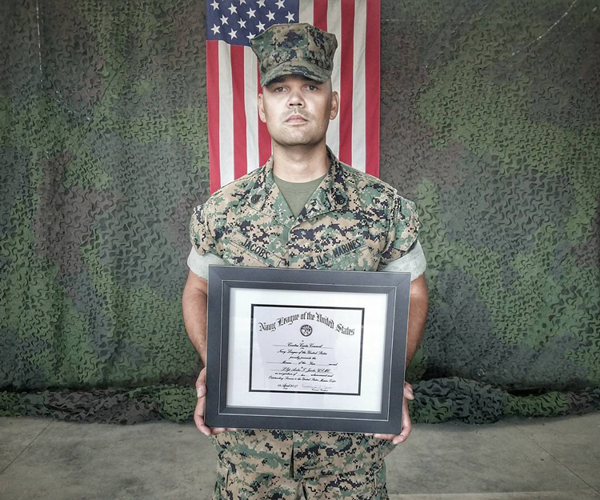 Staff Sgt. Andre Jacobs, an Antioch resident, was recently honored with the 2017 Marine of the Year award. Photo courtesy of Andre Jacobs. 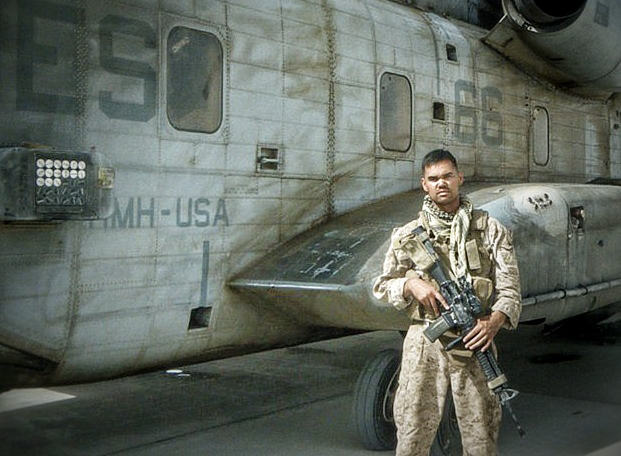 Staff Sgt. Andre Jacobs, an Antioch resident, was recently honored with the 2017 Marine of the Year award. Photo courtesy of Andre Jacobs.

When Antioch resident Andre Jacobs enlisted in the Marine Corps in 2003, he wanted to protect and serve his country in its time of need – a decision that ultimately led him to receiving national recognition.

“I’m a proud American citizen,” said Jacobs, whose father was also a Marine. “I love the United States, freedom and everything it stands for.”

Jacobs is now a staff sergeant and currently works as an inspector-instructor staff supply chief and logistics chief for 6th ANGLICO (Air Naval Gunfire Liaison Company) in Concord, and over the past 14 years, he has not only protected and served his county as he swore to do, but has received national recognition for his service as the recipient of the 2017 Marine of the Year award.

“This is something I never thought I would receive, nor do I truly believe I deserve the title,” said Jacobs. “I am honored to be grouped with such an illustrious and elite group of Marines, but I didn’t get here on my own. I believe people were brought into my life at very specific times to guide me on a path, which led me to where I am today, and I thank them whole heartedly.”

Jacobs’ award is part of a 16-year-old military tradition. Each year since 2001, the Military Times has honored military heroes, including a soldier, Marine, sailor, airman and Coast Guardsman, who go above and beyond the call of duty and demonstrate extraordinary pride, dedication and courage.

Nominations are submitted by readers, including parents, fellow service members, supervisors and commanding officers, and award recipients are chosen by the marketing and editorial staff from each service’s publication.

Jacobs’ exemplary service includes a one-year deployment to Al Fallujah, Iraq, in 2005, and another one-year deployment to Regional Command Southwest, Bastion, Afghanistan, where he was assigned as the Rotary Wing Staff noncommissioned officer in charge and the Tactical Recovery of Aircraft and Personnel mission team leader, leading Marines in recovery missions via helicopter.

“If a helicopter or aircraft went down with personnel in it within our area of operations, they would utilize my team to rescue all aspects of devastation,” said Jacobs.

One mission had his team dropped in the middle of an Afghanistan village to find a downed helicopter.

“There is a thrill to the job,” he said. “You have a massive helicopter hovering above you with 175 mile-per-hour winds, and you have to hook up a downed helicopter to it.”

Jacobs’ hard work and dedication have not only led to him receiving the prestigious award, but also the respect of his fellow servicemen.

“In my more than 16 years of service, Andre would be one of the finest Marines I’ve ever had the pleasure to work with, and I can’t think of anyone more deserving of this award,” said Gy. Sgt. Josh Brewer, who is also part of the inspector-instructor staff for 6th ANGLICO.

How are you celebrating the holidays?