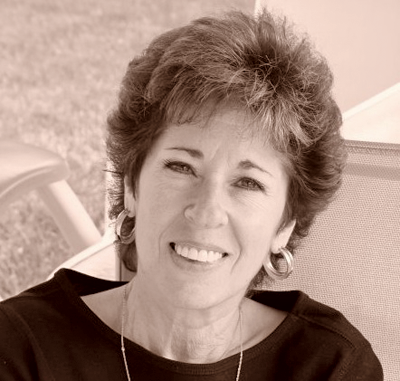 Marla Luckhardt is a Brentwood resident who works with several local senior care and advocacy groups. Email her at marla2054@aol.com.

November is right around the corner, and that means a new election is, as well.

There have been rallies, debates, commercials, banners and lots of discussion — probably more than ever before in our country’s election history.

I like that we’re able to hear firsthand on television who is running, but, for the life of me, I don’t get the debate thing at all. It’s a whole host of brief answers that really don’t tell me all that much. I always said it’d be really nice to have anyone who wishes to run for the most important office in the world to get an hour to tell me, uninterrupted, what they stand for, what they wish to accomplish and how they’ll do it.

Enough with the canned or diverting answers usually starting with, “First, I’d like to …” or “I’d like to go back to what you said before ...” Just answer the question directly and succinctly. It’s not that hard.

Granted, the candidates have very little time to get a point across during a debate, but it could be easily rectified with each person, including the incumbent president, stating a clear and direct path to their goals for this country and for us!

Let’s also remember that elected officials work for us, the America people. Nobody — whether they’re Republican, Democrat or Independent — should forget what the words ‘public servant’ really mean. If you choose to serve, do it.

So, what’s the first step? Register to vote. It’s your right and your duty.

If you wish to see if you’re currently registered, and if you’re a by-mail-ballot voter, you can visit the Contra Costa County Clerk’s website at cocovote.us, click on “Am I Registered?” and enter your name and birthdate. It will immediately let you know if you’re registered.

The rest of the site is also very helpful and can answer many questions about the registration and voting process. If you have questions, but no access to a computer, the local government office in Martinez can be reached at 925-335-7800. I haven’t had to call it, but reviews say they are friendly and helpful. The office is open during the week, Monday through Friday (no holidays), 8 a.m. to 5 p.m.

There are also several websites that will tell you who is running and a little bit about their backgrounds.

The last presidential election also had a lot of candidates. As the debates went on and the money ran dry, a lot dropped out of the running early on. Let’s face it, it’s mostly about the money, and how long it lasts determines the longevity of the run. Wouldn’t it be nice if the potential leader of our country could just say or write their objectives and let us decide without all the hoopla? That money could definitely be put to much better use, I would think.

I know, I tend to live in a Pollyanna world at times.

Take, for example, the 1796 election, which resulted in a president, John Adams, and vice president, Thomas Jefferson, from opposing parties. I seriously doubt we could even hope for something like that in our next election. In 1804, the 12th amendment changed that when Jefferson was re-elected, with George Clinton becoming the first vice president under the 12th Amendment’s rules.

My second thought on that is how we can spend months, even years, deciding a new president, but have no say whatsoever on the vice presidential candidate picked as a running mate. We only find out after the candidate is nominated. Makes zero sense to me.

So, what am I saying? First, register to vote. Then, research all of the potential candidates, and then vote! Whatever your choice is, be heard the only way you can.

Everyone’s voice must be heard!

Marla Luckhardt is a Brentwood resident who works with several local senior care and advocacy groups. Reach her at marla2054@aol.com.