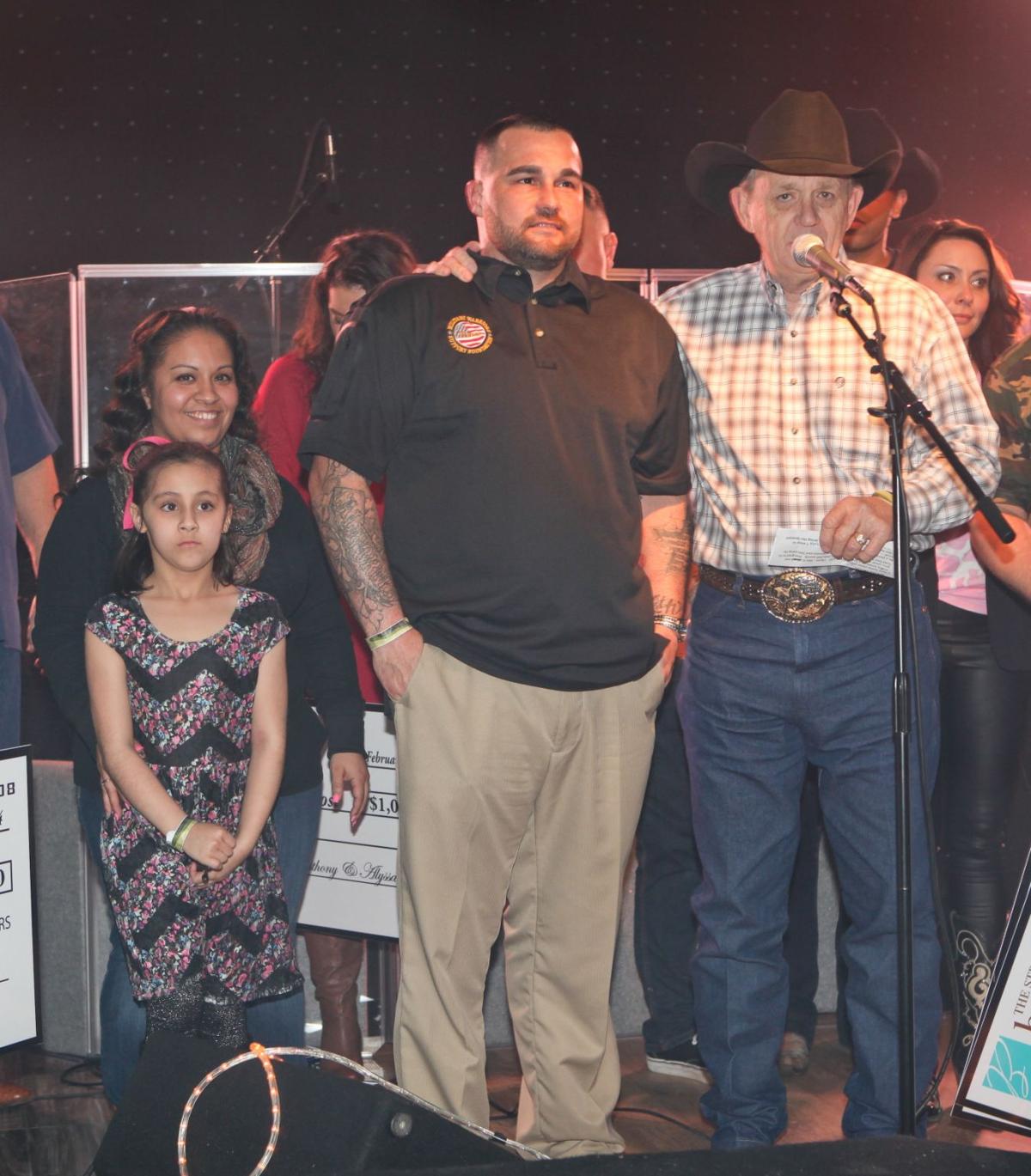 Retired Army Lt. Gen. Leroy Sisco, founder and CEO of Military Warriors Support Foundation, right, introduces U.S. Army Spc. Thomas Kayl and his family to the crowd. The Kayls’ received the keys to a new home during the event. 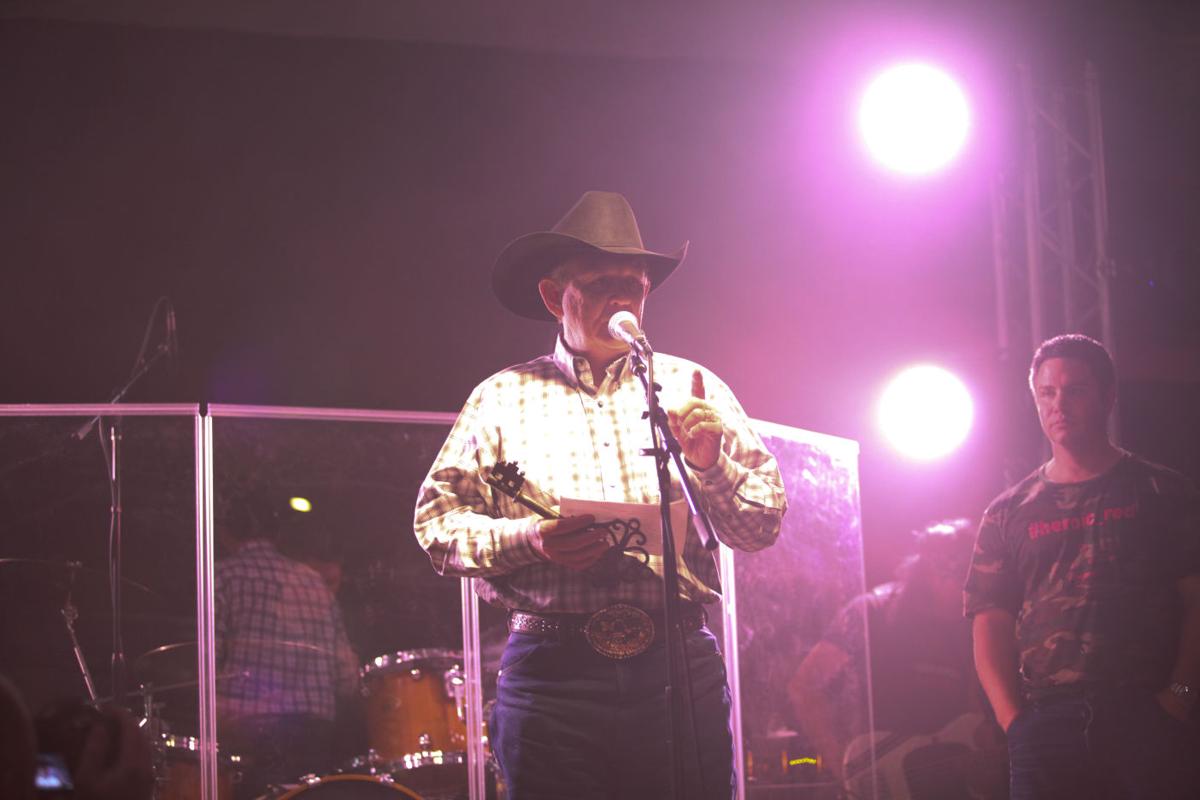 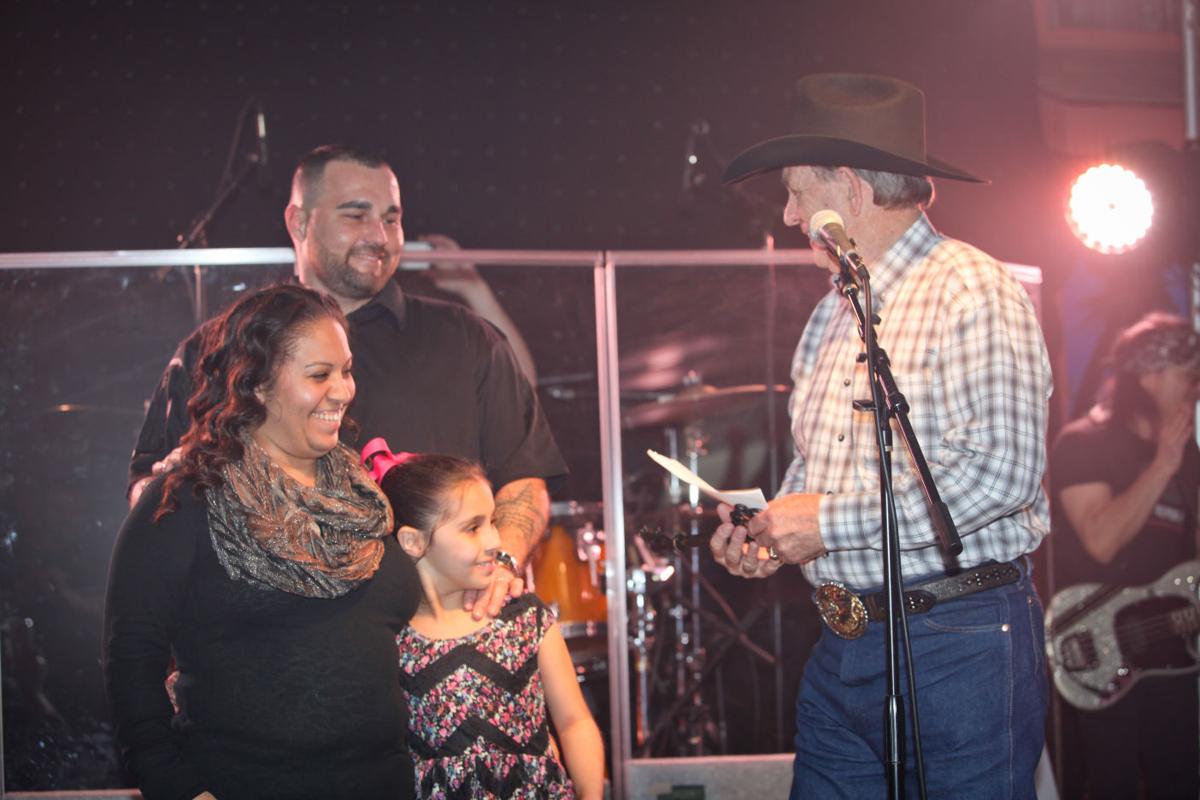 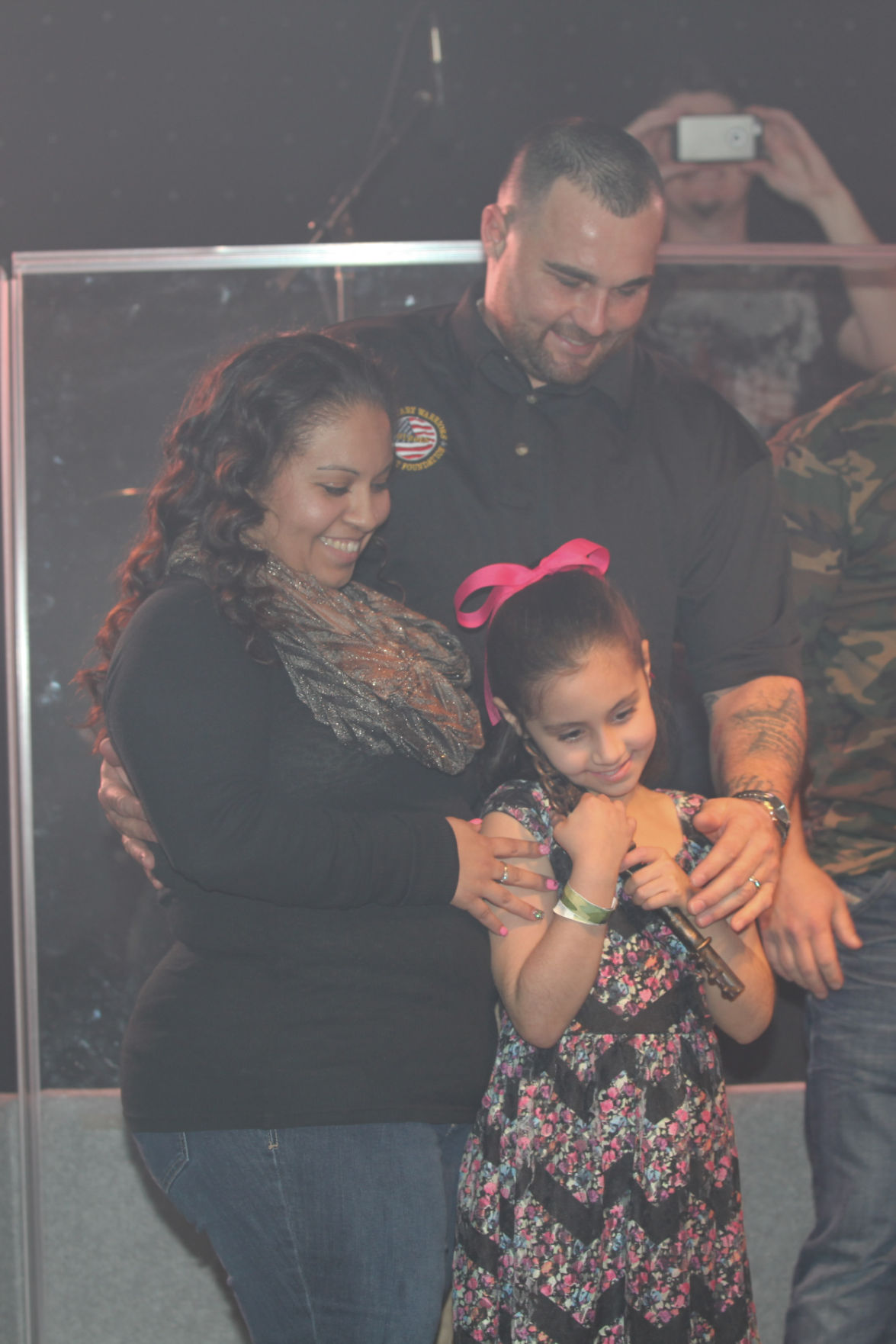 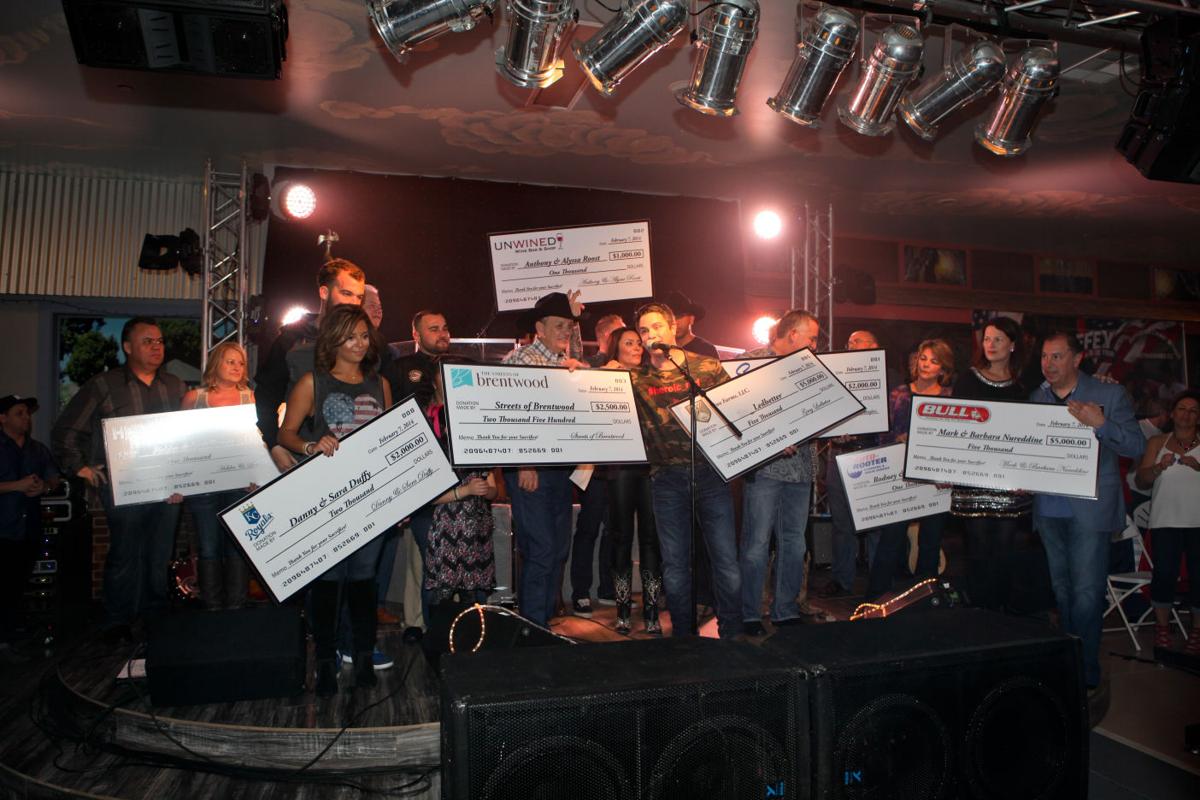 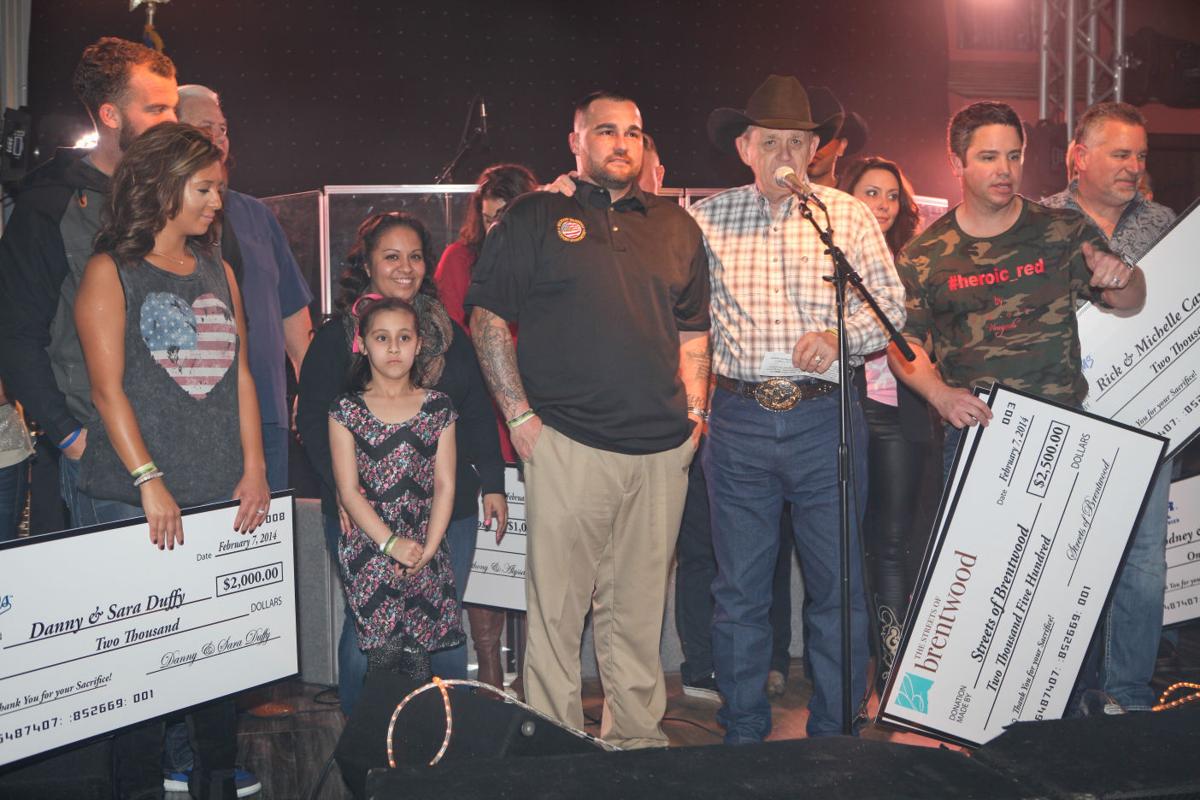 Retired Army Lt. Gen. Leroy Sisco, founder and CEO of Military Warriors Support Foundation, right, introduces U.S. Army Spc. Thomas Kayl and his family to the crowd. The Kayls’ received the keys to a new home during the event.

Anderson, a man inspired by heroes, kicked off his nationwide “Mr. Red, White & Blue” tour with a stop in Byron.

“My father, grandfather and my wife’s grandfather all have served in the U.S. military and I’m inspired to honor their service,” Anderson said in a previous interview with The Press.

Last year, Anderson was introduced to Tanisha and Stefan Leer, owners of Leer Vineyards, by mutual acquaintance Leroy Sisco, a retired, three-star general and the founder and CEO of Military Warriors Support Foundation.

Sisco himself is worthy of the title of hero, not only for his 42-year, distinguished military service, but also for the work his foundation has done – including awarding 656 homes to wounded veterans and their families since its inception in 2007. The Military Warriors Support Foundation provides support to help ease soldiers into successful civilian lives – a mission that gives the retired Sisco a purpose and a very busy schedule as he works with politicians, celebrities and sports leagues throughout the country.

Once the partnership between these community-minded individuals was solidified, a tribute blend of wine was bottled, a plan was formed for the nonprofit organization to gift a California veteran with a mortgage-free home and Anderson was booked to play a concert at Leer Vineyards, during which the keys to a new home would be presented to a chosen wounded warrior.

That veteran was U.S. Army Spc. Thomas Kayl. In 2005, Kayl, who owned a tow truck company, enlisted in the Army as a heavy wheeled vehicle operator and was stationed in Afghanistan, Iraq, Kuwait and Saudi Arabia.

He becomes quiet when talking about the experiences that earned him a Purple Heart and the devastating diagnosis of post-traumatic stress disorder.

“We deployed with 72 soldiers in my unit, fresh out of boot camp and new to the Army situation,” said Kayl. “Sixty-eight came back and sixty-five (of them) had Purple Hearts.”

Kayl’s final injury occurred in Afghanistan, when the line of trucks he and his unit were using to tow tanks was blasted with bombs. It was the fourth time Kayl was hit, and he remained at the camp clinic beyond his scheduled medical treatment to support the members of his unit.

It’s that dedication and bravery that moved Sisco and the foundation to award Kayl and his family the home.

“Every time Thomas drove down that road, he and his unit didn’t know the danger,” said Sisco. “When they were driving down those roads, their lives were at risk. That’s the reason he’s a hero.”

As Saturday’s event came to close, Coffey Anderson ended his concert by shouting, “God bless our heroes!” as the crowd chanted, “USA, USA, USA!” Tears, smiles, wine, music and American patriotism flowed– turns out most are inspired by heroes, and are grateful for the opportunity to honor one.

To learn more about the Homes4WoundedHeroes program or to apply for any of the foundation’s available services, visit militarywarriors.org.