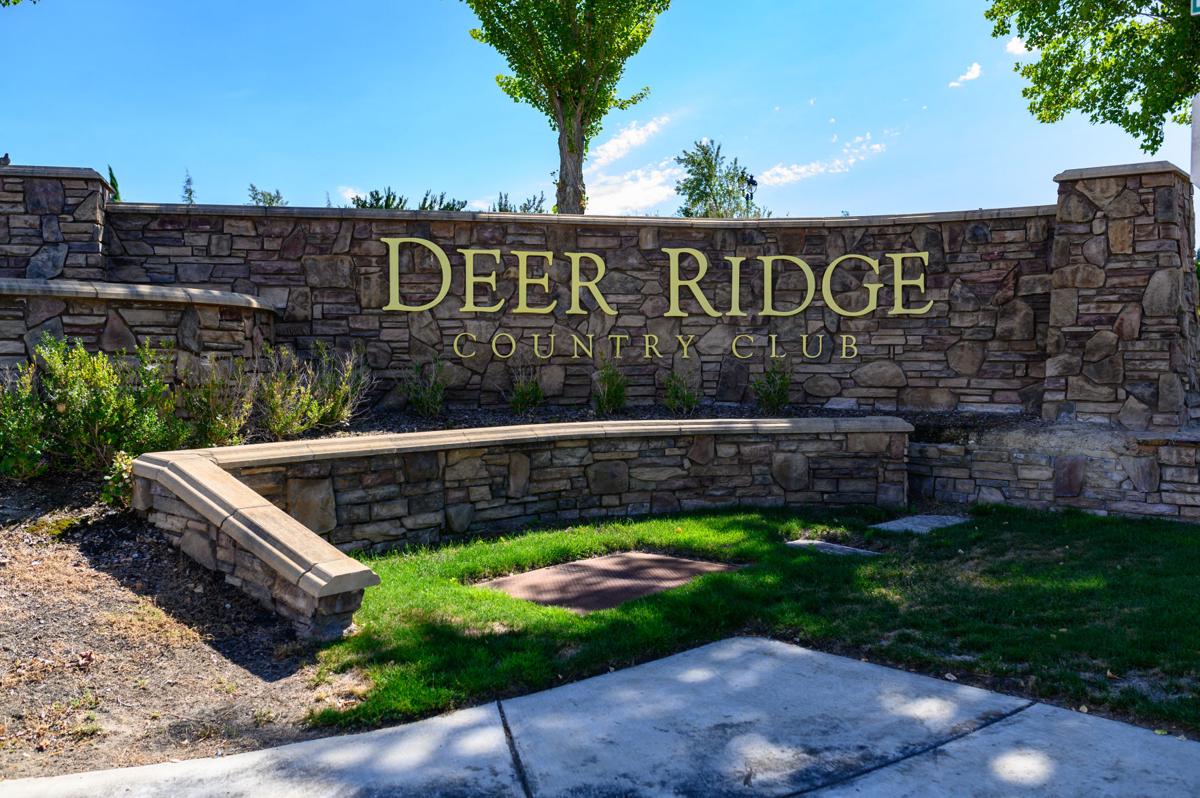 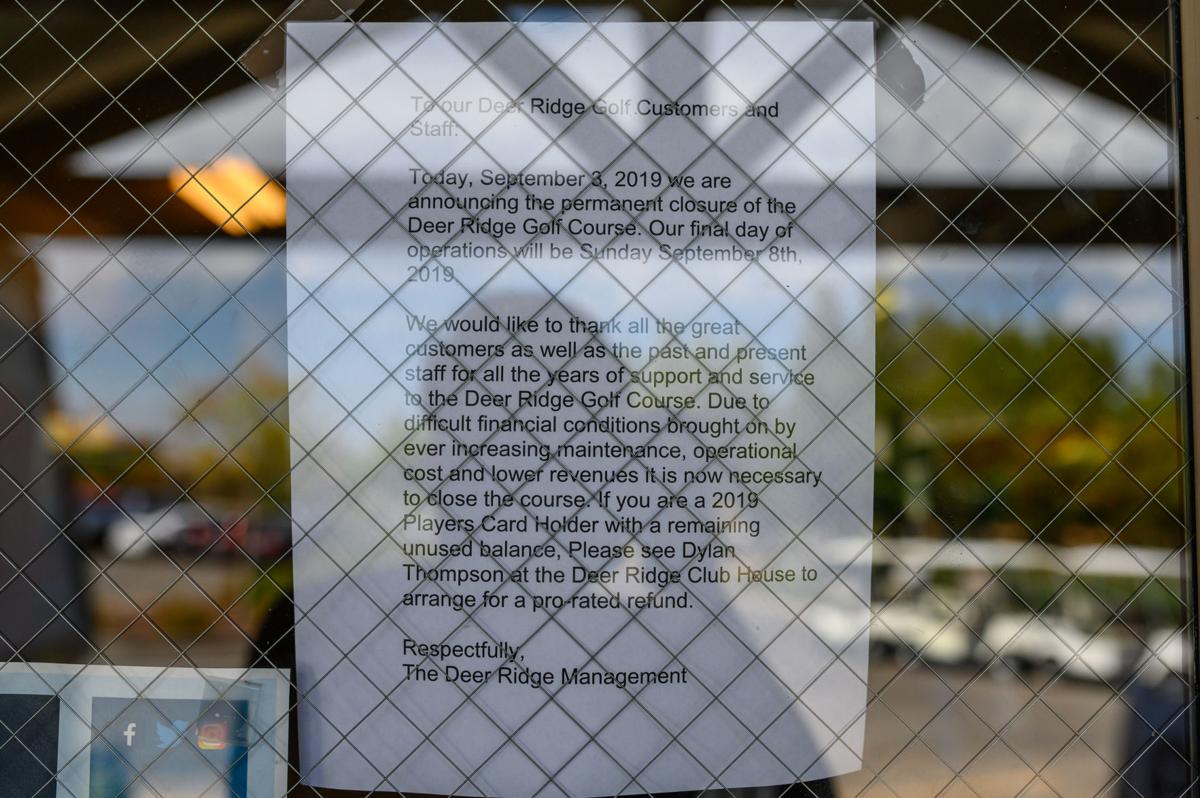 Management of the Deer Ridge Country Club announced the closing of the club's golf course as seen in this notice posted in Brentwood, Thursday, Sept. 5, 2019.

“As far as the ownership is concerned, it is permanently closed,” said Joe Dahlstrom, chief operating officer at Paradigm Golf Group, a golf course management and consulting company contracted in 2014 to manage the Deer Ridge and Shadow Lakes courses. “There is no alternative plan.”

The course was part of a controversial plan proposed last year by SunCoast Golf, Inc., the owners of both the Deer Ridge and Shadow Lakes courses. The plan called for the two courses to be consolidated into a single, 18-hole facility, and for two age-restricted or memory-care facilities — up to three stories tall and totaling 560 units — be built on 32 acres of closed holes, in close proximity to existing single-family homes. Many residents in the Shadow Lakes and Deer Ridge communities vehemently opposed the plan, believing the changes could increase traffic, exacerbate the strain on city and fire services, decrease property values and diminish their quality of life.

“Staff has considerable concerns that placing high-density housing in these established neighborhoods of single-family homes would have a substantial adverse impact on their nature and character,” wrote Brentwood Planning Manager Erik Nolthenius in a city staff report last year. “Both Deer Ridge and Shadow Lakes were planned and constructed with the intent of low-density, low-impact use. Introducing high-density housing into these neighborhoods — with no buffer between the disparate densities — would fundamentally alter the visual character and atmosphere of the area.”

SunCoast pulled the plug on the proposal just before it was to be considered by the Brentwood Planning Commission. While SunCoast offered no explanation for their decision at the time, planning commission documents indicated that city staff members were going to recommend the commission deny the project, due to concerns it could adversely affect the surrounding neighborhoods’ character and residents’ privacy. The inability to get the consolidation past the planning commission now appears to have sealed the Deer Ridge course’s fate.

Dahlstrom explained that during those meetings, it was made clear by SunCoast that any plan to keep the courses open would require a real estate development feature, and without that component, the closure of the courses would be unavoidable.

Deer Ridge resident Rod Flohr played an active role in opposing SunCoast’s development plan. He said he’s heard other residents express the belief that Deer Ridge’s closure was a retaliatory move in reaction to the failure of SunCoast’s plan, but he doesn’t believe that to be the case.

“If anything, it might be another ploy to try to convince people that their plan for the combined course and building the apartments is the best plan,” said Flohr. “We often felt that Shadow Lakes was closed to get people living in that community to support the plan by making them live on an unpleasant golf course. So no, I don’t think it’s retribution. I think it might be a strategy, but that’s just an opinion.”

There were 15 employees at the Deer Ridge course, most working on a part-time basis. Some of those employees were expected to move to the Shadow Lakes course, where efforts are underway to revitalize that facility. A driving range and event center are tentatively planned to open there in the fall, and there is talk of the golf course reopening some time next year.

In May, the Brentwood Planning Commission unanimously approved construction of a modular building to house a 1,440-square-foot pro shop at the Shadow Lakes site to serve the driving range. Representatives from SunCoast did not respond to inquiries regarding the status of this project, but Brentwood City Councilmember Karen Rarey said she’s learned that work on the event center is progressing. However, the plans to construct the pro shop have been shelved for the time being. Under the terms of the planning commission’s approval, the building’s construction must commence by May 7, 2020, or the approval will expire. Rarey said she’s been told that plans to reopen the Shadow Lakes course will depend on the degree of success achieved by the event center and driving range.

“My hope is that the Shadow Lakes event center and driving range are successful enough to reopen the Shadow Lakes course,” said Rarey. “In the meantime, we will work with the owners of the courses to make sure that proper fire clearance is maintained throughout both courses.”

SunCoast did not respond to requests for comment regarding the closure of the Deer Ridge Golf Club.

The Golf Club of Brentwood