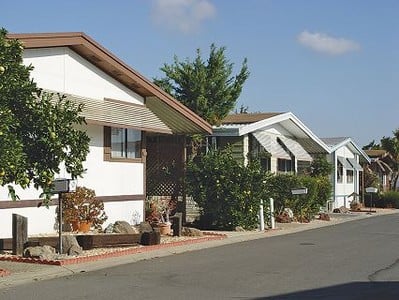 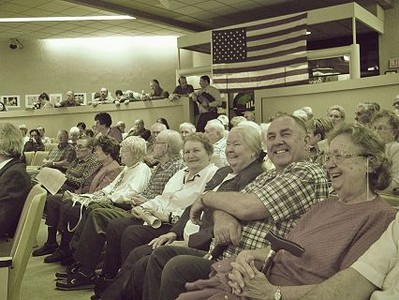 City officials are considering passing a rent control ordinance to help the residents of a local mobile home park, although they acknowledge that it won't help most of the existing residents there and could lead to costly litigation, as has occurred in Concord.

For much of the past year, the senior residents of the Vista Diablo Mobile Home Park on Somersville Road have sought help from the City Council in reducing the annual 6 percent rent increases and preventing the park owners from opening the park to all age groups, among other issues.

The rent for new residents moving into Vista Diablo is $1,100 per month, although most of the current residents are paying in the area of $750-800 per month, according to a city staff report.

The significantly higher rent for new residents has resulted in a decline in the value of the mobile homes put up for sale in the park, in effect locking in many of the elderly residents, many of whom are on fixed incomes and facing 6 percent annual rate hikes as a condition of their 20-year leases.

With negotiations having broken down between city officials and the park owners in January, and the park residents continuing to feel victimized, council members renewed their threat last week to impose rent control. If imposed, rent control would be in effect only for new residents of the park, not those with existing leases.

Mayor Don Freitas said that he thought an agreement had been reached with the park owners and managers that had been to the satisfaction of all parties.

"I was very naïve from that perspective, because that's not what happened," said Freitas at the Aug. 14 council meeting. "Some of the owners and management company continued to try to debate issues that, in my opinion, had already been decided. So I still today am annoyed mightily that their word was not their bond.

"So we find ourselves with really very few alternatives but for the rent control measure. And I think that there may be near unanimity amongst the council to move forward."

"I think we're of a mindset that all of the possible alternatives have been rejected, and really the only alternative at this point is a rent control measure. And, quite frankly, I place the blame for that on the owners and the management company for reneging on what I consider good-will negotiations and process."

The council held off on approving the rent control at last week's meeting in order to give Nerland more time to work on a more litigation-proof ordinance. A special meeting has been scheduled for Sept. 18 to hash out the details of related issues with park residents.

Although council members and park residents have mostly been of one mind on this issue, Simonsen incurred the wrath of park residents when he suggested that an effort be made to resume discussions with the park owner, Kort and Scott, and Abe Arrigotti, president of Sierra Corporate Management.

When the crowd began protesting, Simonsen said, "It's a fair thing to do. All I'm asking for is that they continue the dialogue. My major concern … is (rent control is) not going to benefit the tenants that are there. So I want to protect them as well. As a city we have to look at all approaches."

But that did not sit well with one angry woman, who said, "Mr. Simonsen, I don't understand why you think they should have more chances. This company has shown that they have no regard for elderly people. You should be considering filing charges for elderly abuse. I don't know what's wrong with you.

"But this is ridiculous. These people are criminals. They are robbing us. They should be in jail. There should be laws against this. And you know that, all of you know that. At this point they are raping us, and people like you are allowing it to happen. And you should be seeing to it that it doesn't happen. That's what your job is."

She received strong applause from the Vista Diablo residents who turned out in large numbers at the meeting, as they have at previous meetings when the issue has been on the agenda.

"I can't file elder abuse charges because there has to be a nexus between the person filing a complaint and doing it," responded Simonsen. "I disagree with what they have done. Their rents are way out of line.

Simonsen added that legislation is being drawn up in Sacramento to protect people in situations like that facing the Vista Diablo residents. But Councilman Brian Kalinowski, while commending Simonsen for working toward that legislation, isn't optimistic it will help any time soon, given the gridlock in Sacramento.

"To think that an Assembly bill or anything else is going to get done in the near future that's going to address this issue, I won't hold my breath," said Kalinowski. "So in the short term I believe this (rent control) is the path and the route that we need to take."

He noted that the Vista Diablo rent issue has come before city officials several times in the past, and should have been dealt with then before rents started skyrocketing.

"The mistake was made in 1998 when rent control was not enacted," he said. "And I made a mistake in 2003 in that I did not enforce rent control on Sierra Corporate Management when we re-did the rent subsidy agreement. And now we are paying the price.

"In a year or two years or three years if some other law, some other precedent, some other idea comes forward that's better than this option that's here now, I would be willing to support that and take the rent control issue away. We have to start somewhere. I will not allow this chance in 2007 to slip us by. If that is just for the future residents, then that's the best I can do here and now."