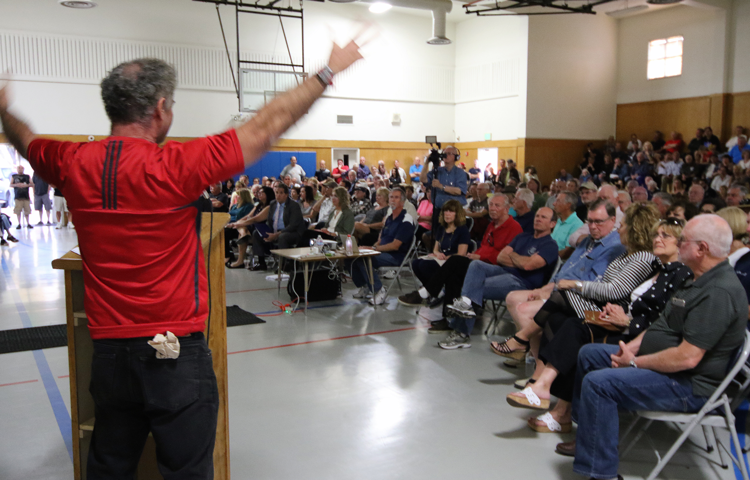 Photo by Richard Wisdom. Michael Brodsky, attorney for Save the California Delta Alliance, speaks before a standing-room only crowd last week during a forum on the twin tunnels project. 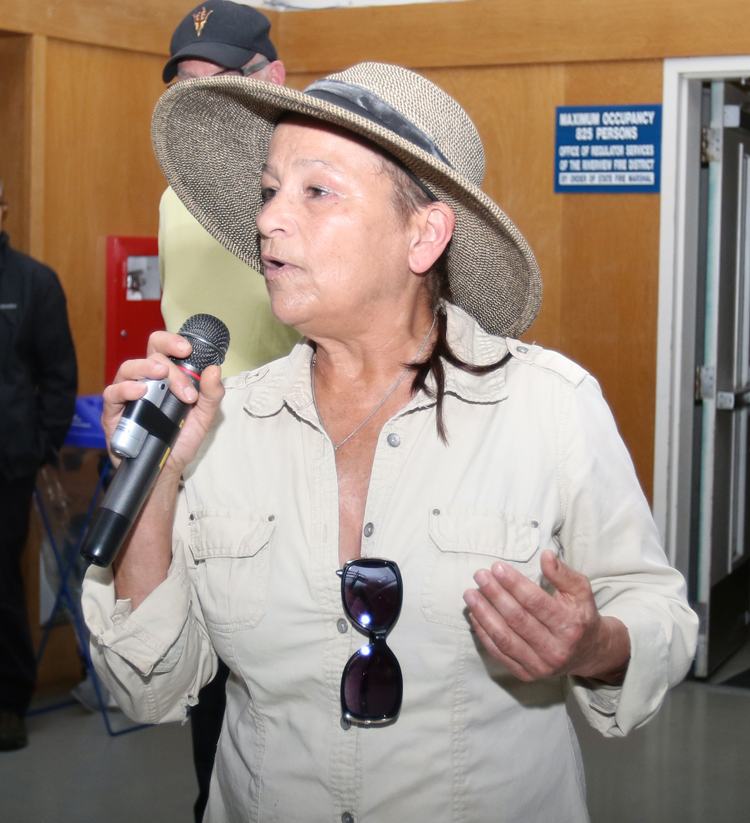 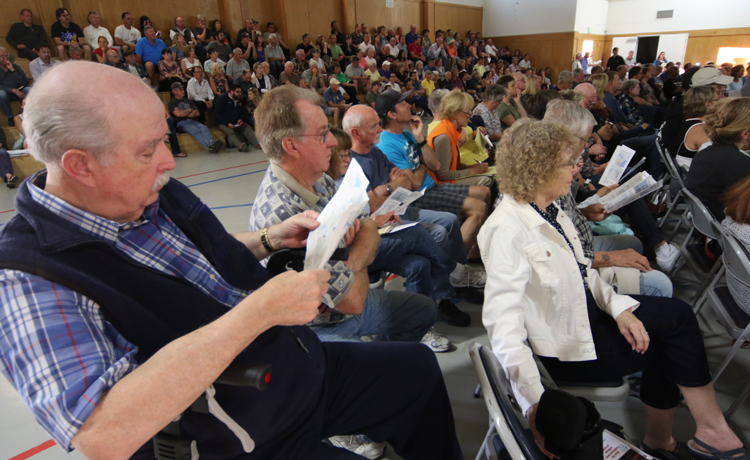 Photo by Richard Wisdom. Michael Brodsky, attorney for Save the California Delta Alliance, speaks before a standing-room only crowd last week during a forum on the twin tunnels project.

Hosted by the Save the California Delta Alliance (STCDA), the meeting was attended by more than 400 Discovery Bay residents, with presentations from STCDA staff and local government representatives. Contra Costa County Supervisor Diane Burgis, Assemblyman Jim Frazier and Sen. Steve Glazer all spoke against the construction of tunnels that would funnel water out of the Delta to the Central Valley and Los Angeles.

“We all have serious concerns about this massive project, and the governor is serious about the tunnels,” Glazer said. “It’s not going to be easy to stop, but it’s our job to make sure (the project) is properly vetted and that our Delta and drinking water are protected. We have to send a message to the powers that be that we are going to fight, fight, fight and stop these tunnels.”

Glazer’s statements, along with those made by Burgis and Frazier, were met with cheers and applause from the crowd.

STCDA is a local, grassroots, volunteer-run organization, which began in 2009 to combat excessive water exports from the Delta. The organization works with local, state and federal agencies to protect the Delta and the farmers and communities along it. The purpose of this town hall meeting was to educate community members and gather local volunteers and financial support, so the  group can continue its work over the coming year.

“We have about $30,000 in fees and expenses coming up this year,” said STCDA legal counsel Michael Brodsky. “We need your money and your time to help us fight this battle.”

Brodsky outlined the legal proceedings thus far and laid out plans to continue pushing against the tunnels. The next big event is a hearing of the Delta Stewardship Council (DSC) in Brentwood, on Thursday, March 23. The DSC is the state agency that originally proposed the plan to build the twin tunnels.

“We need people to attend this meeting and express their opinions,” Brodsky said. “It seems like no matter what we do, the tunnels keep inching forward, and the prevailing sentiment is that it’s a done deal. But that’s just not true.”

The STCDA and its supporters object to the tunnels, because the large-scale, 11-year construction project will likely ruin the local Delta by removing ski sloughs; blocking major boating waterways; filling waterways with barges, docks and 5-mph zones; as well as noise and lights. Once complete, claim opponents, the bays of Discovery Bay and the south Delta will be stagnant, salty and polluted, due to too much water being pumped out through the tunnels.

The STCDA is hosting several fundraising events this spring, including a black-tie event at the Discovery Bay Yacht Club and a charity golf tournament.

Editor: It’s true Gov. Brown is putting on the big push to get his tunnel plan approved this…

Citing a lack of state or federal legislative authorization, Restore the Delta sent a detail…

Having vented their frustrations through bumper stickers, comment cards and public meetings,…

An application submitted by the Delta Conveyance Finance Authority (DCFA) seeking $1.6 billion in federal funding to support the California Wa…

What are your feelings about the state rolling back its COVID-response regulations on June 15?