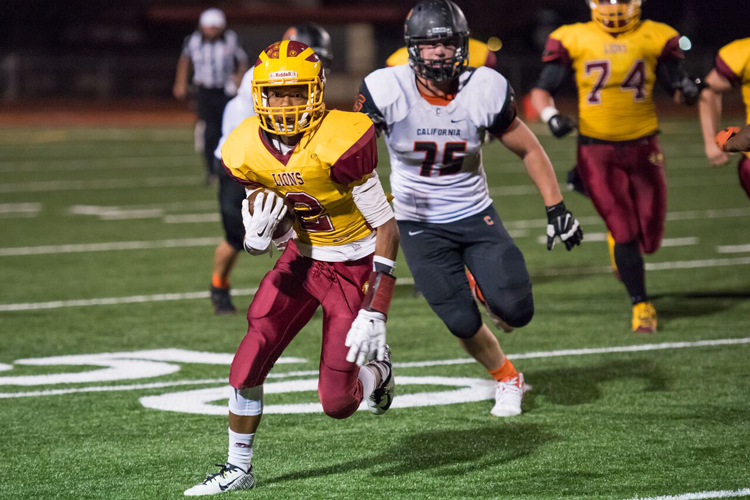 Liberty fell just short of its third consecutive trip to the North Coast Section playoffs in a 4-6 finish last season, which included a heartbreaking 51-8 season-ending loss that squashed the Lions’ playoff hopes and forced them to relinquish the coveted Bell to the rival Falcons.

That bit of unfortunate history is in the past this season, giving way to a young and determined squad poised to show they belong in the thick of the Bay Valley Athletic League race.

"It's kind of how the ball bounces, but I really feel that we are going to be competitive in most games,” said head coach Jeff Walters, whose led the team to the playoffs two of his first three years at the helm.

Returning players: The Lions’ playmaking ability will be on full display with the return of all-BVAL second team wide receiver Trejon Hawkins, who led the team with 25 catches for 627 yards and eight touchdowns last season. Fellow wide receiver Jordan Suckow (15 catches for 247 yards and one touchdown last year) figures to compliment Hawkins, who Walters called the Lions top playmaker this season. Senior Matt Marchetti also figures to see plenty of time on the field as an option at quarterback and other positions as well, Walters said.

"His utility is kind of allowing us to get the best athletes and the best football players on the field at the same time,” said Walters.

Senior running back Anthony Gripe , who was the team’s sixth-leading rusher last season with 38 carries for 130 yards, will spilt time in the backfield with sophomore newcomer Tyerell Sturgis-Cofer. The Lions’ rushing attack will be bolstered by a handful of returning big boys up front.

Christian Liscano, a second team all-league outside linebacker, is expected to be a key contributor to the Lions defense, along with fellow linebackers Derrick Gray, Cole Zanarini and Anthony Sin. Safety Connor Capps will head-up the Lions’ secondary as a veteran presence.

The 6-foot-5-inch Dutt has the edge on senior Marchetti, whose athletic ability makes him an asset at various other positions, Walters said.

Sturgis-Cofer, a 6-foot-1-inch sophomore, will share carries with Gripe, but is already garnering attention as a bright spot for the Lions. The future also looks bright for the Lions’ receiving corps with the addition of Zane Hinojosa, who Walters predicts is going to be special. Hinojosa will also fit in nicely in the Lions’ secondary. Guard Triston Vilala is expected to be a nice addition to an offensive line anchored by veterans in Vanderwerf, Silva, Norris and Kempton.

The addition of newcomers Mateo Buack and Isaiah Gonzalez are expected to headline a deep defensive line.

Outlook: On paper, the Lions appear to be a young but talented team, Walters said. Their preseason schedule, which includes Vacaville, San Leandro, Wood and Concord, will prepare the squad for a challenging league schedule that Walters describes as a murderers’ row.

Concord is fresh off a loss to Clayton Valley in the North Coast Section Division II title game; Wood fell to Del Oro in Second round of Division II Sac Joaquin Section playoffs; and San Leandro reached the North Coast Section Division I playoffs, before being bounced by Amador Valley in the opening round. Vacaville also figures to be a formidable opponent out of the Monticello Empire League. Liberty rounds out its preseason with Tracy High, which finished 5-5 last season out of the Tri-City Athletic League.

“I think a lot of our success is going to be how we do in the preseason,” Walters said. “We have a pretty tough and physical preseason as usual. How we come out of the gates is really going to determine a lot how our season goes.”